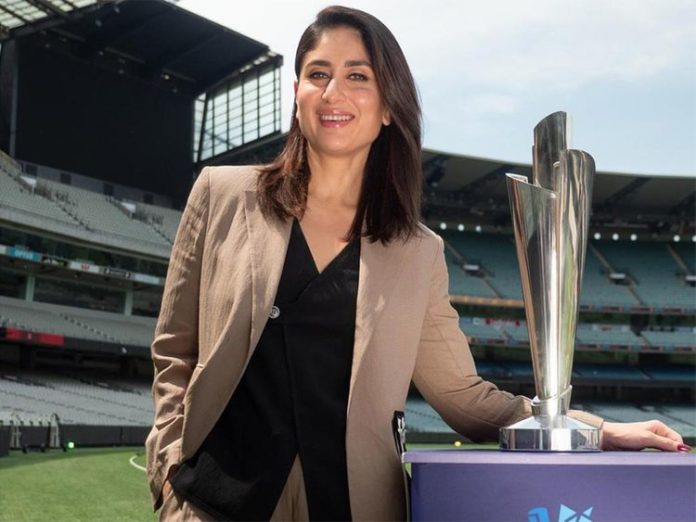 Bollywood and cricket go hand in hand together since a very long time. On Friday, actress Kareena Kapoor Khan who also happens to be the daughter-in-law of former India captain Late Mansoor Ali Khan Pataudi, unveiled the T20 World Cup trophies in Melbourne. The star was spotted with both the men’s and women’s cups as she started the countdown of the tournament which is scheduled to be held in Australia next year.

“I am honoured to be a part of this prestigious evening. I would like to encourage all these women out there who are playing for their respective countries to pursue their dreams. Its truly empowering to see them stand tall on an international platform,” Kareena said.

Check out the photos here:

❤❤❤ #repost @t20worldcup Bollywood ⭐️ @therealkareenakapoor got up close with the @ICC Women's #T20WorldCup trophy at the @MCG. She's counting down to the first ball on February 21 next year! #Cricket #T20 #LoveCricket

“They are an inspiration to one and all. My late father-in-law was one of the greatest cricketers who played for the Indian cricket team and it is an honour for me to be unveiling the trophy” she further added.

The women’s World T20 is scheduled to start from February 21 and the final will be held on March 8. The men’s tournament however, will take place later on the year; from October 18 to November 15 2020.