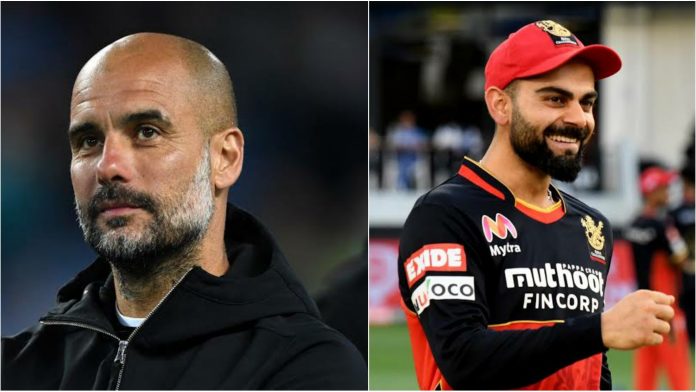 Pep Guardiola, who is undoubtedly one of the greatest managers in the history of football. He is the current manager of English Premier League side, Manchester City. He recently received a gift from Indian skipper Virat Kohli who is also the captain of Indian Premier League side,Royal Challengers Bangalore(RCB).

Pep Guardiola gets a RCB shirt 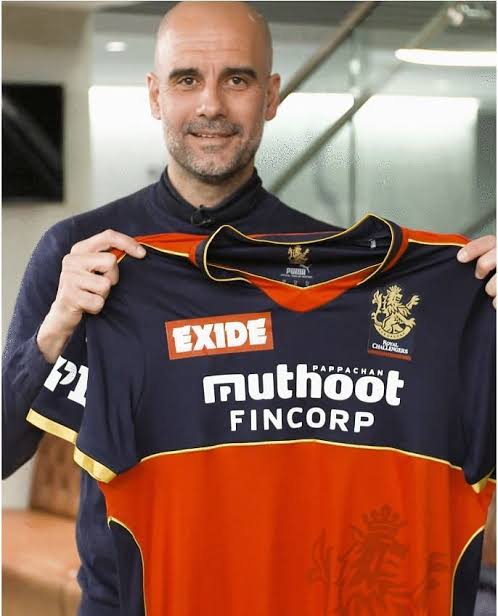 Pep Guardiola has a rich history as manager in the European competitions and has won several tournaments like the UEFA Champions League, La Liga, Bundesliga and the Premier League. He is also eyeing to capture the EPL this season with his side Manchester City.

Virat Kohli and Pep Guardiola has an association since last year after they had a virtual conversation on an event of Puma India.

They had discussed about various topics and it was noteworthy that the Spanish footballer had expressed his strong desire to learn the game of Cricket. Guardiola recently took to his social media account and said that ”it’s time to learn cricket rules”.The post came after he received a RCB shirt and also thanked his ‘friend’ Virat Kohli for the same.

He wrote: ‘It’s time to finally learn cricket’s rules. Thanks to my friend @virat.kohli for the shirt. Now is your turn to use your Man City shirt.’

The last year’s Instagram live conversation between the two of the greats in their own field had sparked the ‘friendship’. They had talked about how it is very difficult for them to play their  games without the fans in the attendance and described it as weird.

Virat Kohli had also supported him with the statement and admitted that he had the same feeling while playing IPL 2020 due to the absence of fans at the stadiums.