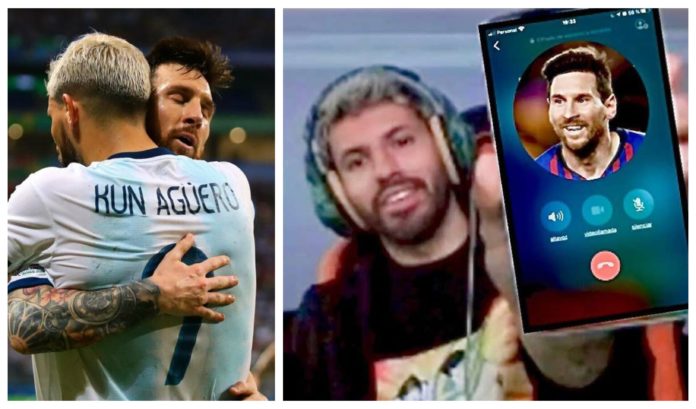 Gaming has been a getaway for a lot of athletes during the lockdown and Manchester City’s Sergio Aguero has been a prominent presence on Twitch with his recurrent gaming streams. 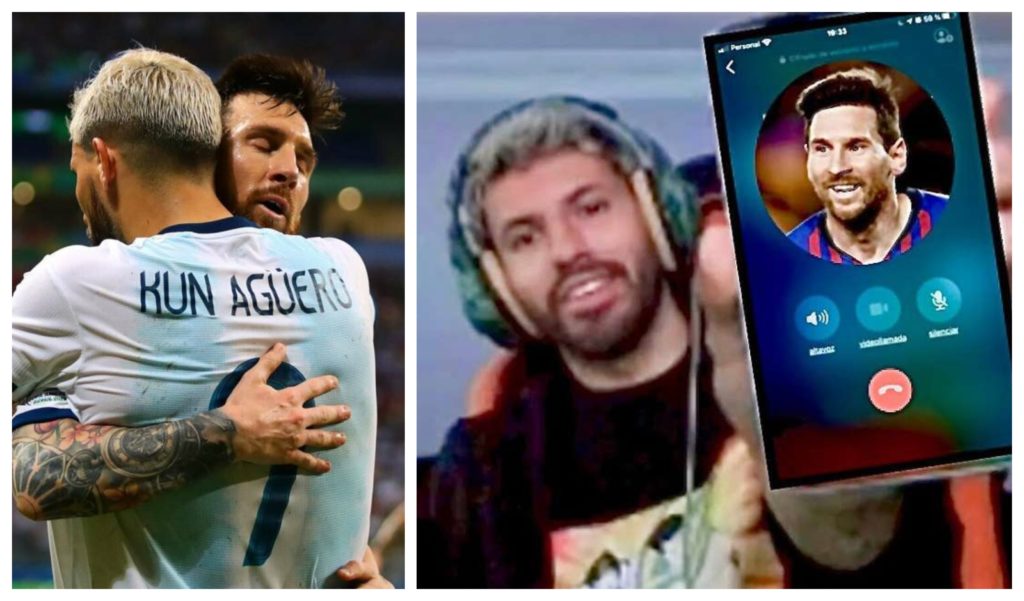 The striker has managed to attract attention through his gaming after an involuntary uncanny impression after missing a goal scoring with himself on FIFA.

Moreover, the Argentinian was seen using his Premier League player of the month trophy as a platform to hold his PS4 camera.

Although, Aguero might have outdone himself after calling none other than Lionel Messi during his stream. The two national teammates proceeded to have a 10-minute conversation in Spanish. Here is a translated portion of their conversation:

“What happened to you today that you phoned me at 9 in the morning,” Messi asked immediately.

“I had to do the (coronavirus) test,” Aguero replied.

“But why did you call me?” Messi asked again.

“I don’t know, it was to say good morning to you. It’s just that I saw you on my phone and I said ‘Hey, cool,’ … I was bored and well, it was 9 in the morning and I said I’m going to call … What do I know?” said Aguero, to which Messi could be heard laughing.

Conversation then turned to Aguero’s upcoming birthday on June 2, one that he won’t be able to spend with his friends.

“This is the first year that we haven’t spent together, a**hole,” Aguero told Messi.

Locked up, you can not do anything there,” Messi replied.

“What are you going to give me? Look, June 2 is mine and I can’t do anything. If not even four of us can get together here, we’ll see what happens on that date,” Aguero said.

The conversation proceeded onto Aguero’s twitch channel which has gathered over a million subscribers.