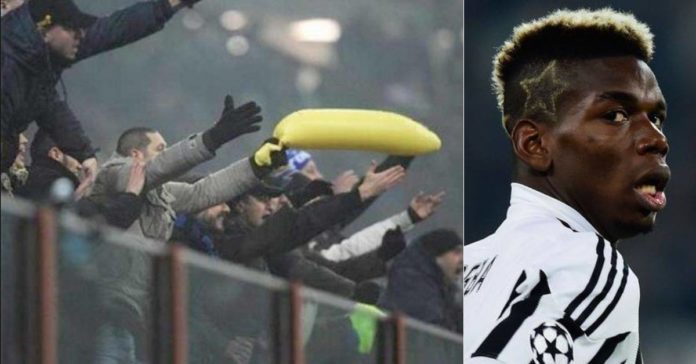 Paul Pogba has encountered racist chants throughout his career. In a recent interview with The Times, the Manchester United star revealed how he responded to Fiorentina fans who made ‘monkey’ chants targetting him while playing for Juventus in the Serie A.

“Once we had a game against Fiorentina and I just came out of the bench and some people were doing the monkey sound, and I said why?” began Pogba.

“So I just gave him my shirt and they were really happy, and then at the end they applauded me,” said the 2018 FIFA World Cup winner with France.

Pogba further added that a lot of the fans do such things only to garner attention and prevent the opposition from performing well. He urged them not to stoop so low in the year 2019.

“My reaction? I just pray for them and make people understand we just enjoy sport and enjoy playing football.”

Pogba further said that it would take a lot of time to completely eradicate racism as it has plagued the world for centuries.

“The world is beautiful with a lot of colors and a lot of cultures. When I speak about racism, I think it’s ignorance. And you can’t really change something because it’s been there for a long time.”