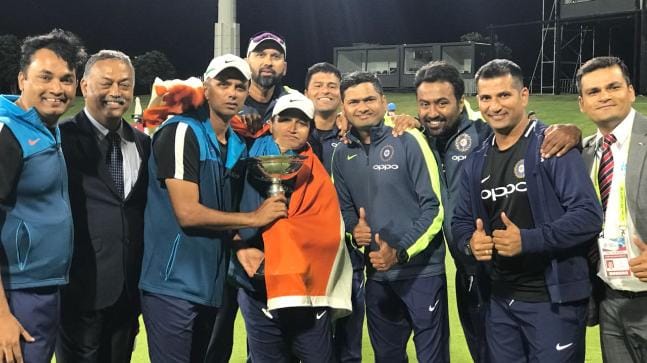 The former Indian Cricket Captain and U-19 world cup winning coach Rahul Dravid has been replaced by former Mumbai bowler Paras Mhambrey and Sitanshu Kotak are all set to replace Rahul Dravid as the India A and India U-19 coach. The former cricketer known as “the wall” has been appointed as the head of the National Cricket Academy (NCA). 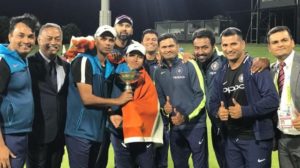 Kotak the former Saurashtra captain and a left batsman had played 130 test matches for the Saurashtra and had a good record, he also was the batting coach of the India A team which toured the Caribbean. He is known to be a man of commitment and was learnt that he Dravid was impressed by his professional ethics and wanted him to continue the position.

Mhambrey former Bombay and India pace man is going to be the India’s coach for the next U19 world cup. The former fast bowler had applied for the post of India’s bowling coach but was rejected. He will be assisted by Hrishikesh Kantikar who will be the batting coach of the Indian colts. Former Rajasthan captain was also part of the Indian setup which toured England for the U-19 Tri-series.

Ramesh Powar will replace the Paras Mhambrey as the bowling coach after he was sacked as the Indian Women’s team coach after an ugly spat with legend Mithali Raj.

While Kotak and Powar’s appointment is a short-term one for the series against South Africa A that starts in Thiruvananthapuram on Thursday, Mhambrey and Abhay Sharma will continue as Dravid’s permanent support staff at NCA as well as the coaches of the U-19 team for Asia Cup.