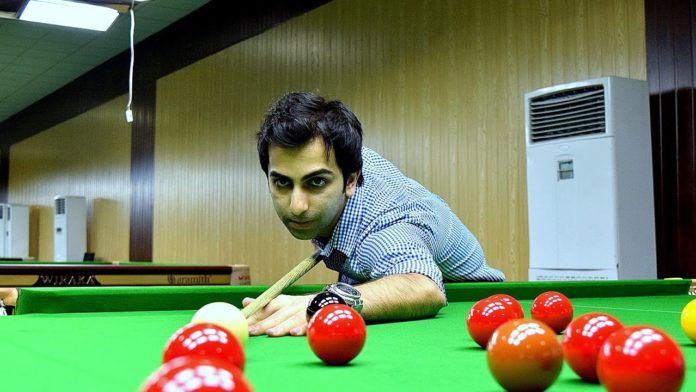 Rajiv Gandhi Khel Ratna and Padma Bhushan awardee Pankaj Advani clinched the IBSF billiards crown in the 150-up format for the third successive year at the Grand Mercure Hotel in Yangon. This victory takes his count of the total number of world titles to 20.

“This win is extremely special for me. It’s a perfect 20 and I’m glad that I’m still hungry for more. It’s pleasing to be able to play at a quality level over the years and looking to take this tally beyond a score,” said Pankaj Advani after winning his match against Nay Thway Oo of Myanmar in the final.

In his route to the finals, Pankaj Advani broke two records. The first of which was by topping the group without dropping a single frame. In the entire tournament, he only dropped three frames- one against Dhwaj Haria in the quarterfinals and the rest two against Nay Thway Oo in the finals.

Pankaj Advani won his first IBSF World Snooker Championship in 2003. Since then, he hasn’t loosen his grip and continues to remain a force to reckon with. The Sportsindiashow team wishes him all the best for his future endeavors.

India vs England: Rohit Sharma powers India to the finish line in the 1st ODI

Daniel James is now officially a player of Manchester United

Former India national team coach Stephen Constantine in the running to be the next...