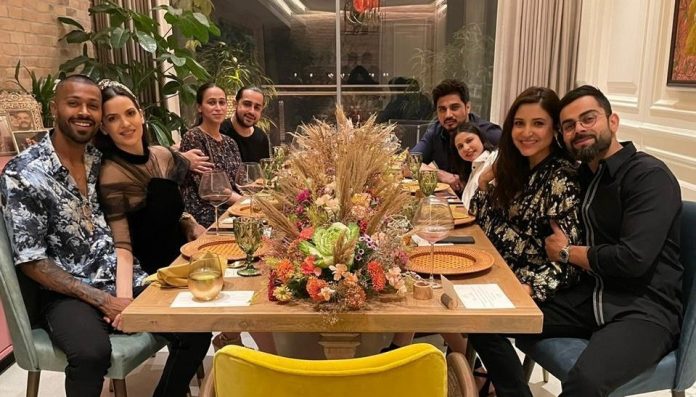 As the new year has approached, Team India captain Virat Kohli and his wife Anushka Sharma has spent the New Year’s eve with his friends which also included the all-rounder Hardik Pandya and his partner Natasa Stankovic also. He took to his social media accounts and shared the beautiful pictures of their celebration. 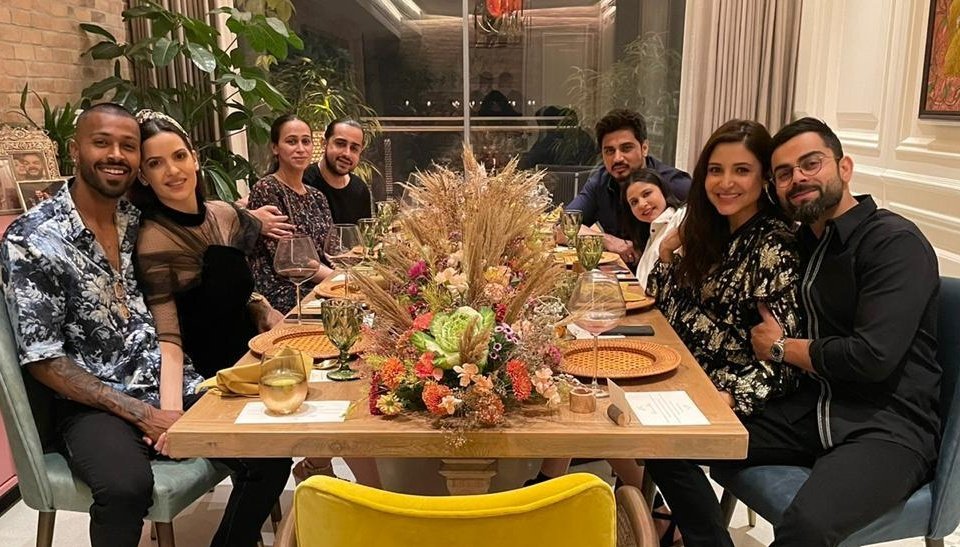 “Friends who test negative together spend positive time together!” Kohli wrote on Instagram while sharing pictures from the beautiful evening as well.

Friends who test negative together spend positive time together! ☺️ Nothing like a get together at home with friends in a safe environment. May this year bring a lot of hope, joy, happiness and good health. Stay safe! #HappyNewYear2021 pic.twitter.com/EyFcUBLqMi

“Nothing like a get together at home with friends in a safe environment. May this year bring a lot of hope, joy, happiness and good health. Stay safe!” Hardik Pandya also shared pictures on his Instagram account as well.

“A get together with friends to bring in the year. All duly tested and safe. Happy new year to you all” Hardik added in his post.

It is also noteworthy that, Hardik Pandya was part of India’s ODI and T20I teams that took on Australia during the ongoing tour as well. On the other hand, captain Virat Kohli was a part of the ODI, T20I and Test teams too. But Kohli returned home after the first Test match as he is going to be a parent soon with his wife Anushka Sharma this month and his paternity leave has been granted by the BCCI.

Meanwhile, Pandya put up a great show during the ODI and T20I series but he was not added in the Test team due to his fitness issues as well. However, the Team India lost the ODI series by 1-2, but bounced back well and won the T20I series by 2-1. On the other hand, during the ongoing four-match Test series, India faced a humiliating defeat in the first match in Adelaide but came back stronger under the captaincy of the stand-in captain Ajinkya Rahane and won the second Test match in Melbourne by eight wickets as well.

In this game, Ajinkya Rahane scored a stunning century, which helped his team win the game with ease. However, the bowling department did quite well too, where the speedsters like Mohammed Siraj and Jasprit Bumrah dismantling the Aussie batting order as well. The third Test match will begin on January 7 in Sydney and the stylish opener Rohit Sharma is likely to feature in the third Test match as well.