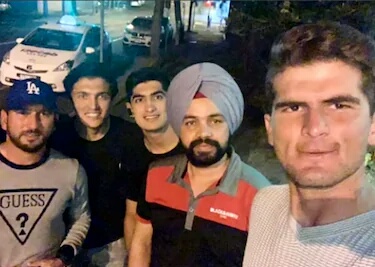 The encounter between a Sikh driver and Pakistani cricket team players has gone viral. The Pakistani cricket team was in Brisbane for the Test match against Australia. Pakistan lost the match to Australia that day, and after the game, Yashir Shah, Naseem Shah, Imran Khan, Shaheen Shah Afridi, and Mohammad Musa went out to have dinner together. They were scouring the city for a good Pakistani or Indian food joint to have dinner when they met the Indian taxi driver. 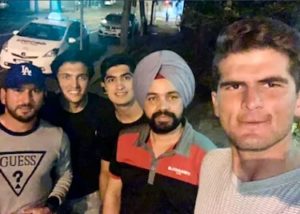 A video of the encounter was shared by the Pakistan cricket board on their Facebook page, which was showered with love by people of both nations. Pakistani leg-spinner, Yasir Shah, in the video talks about his and his team’s encounter with Paa Ji, the Sikh cab driver. The driver recognized them, and they ended up having a conversation about cricket. He hails from Punjab, and the players interacted with him in Urdu.

“We saw he was a ‘Paa Ji’ from India. So we spoke to him in Urdu and asked him to take us to a nice restaurant,” he said.

Upon reaching the destination, the driver refused fare, and to return his kind gesture, Yasir Shah invited him to dinner with them.

“When we reached, he refused to take our fare. So I told him if you are not taking our fare, you have to join us for dinner.” the cricketer said. Paa Ji ended up having dinner with the Pakistani team.