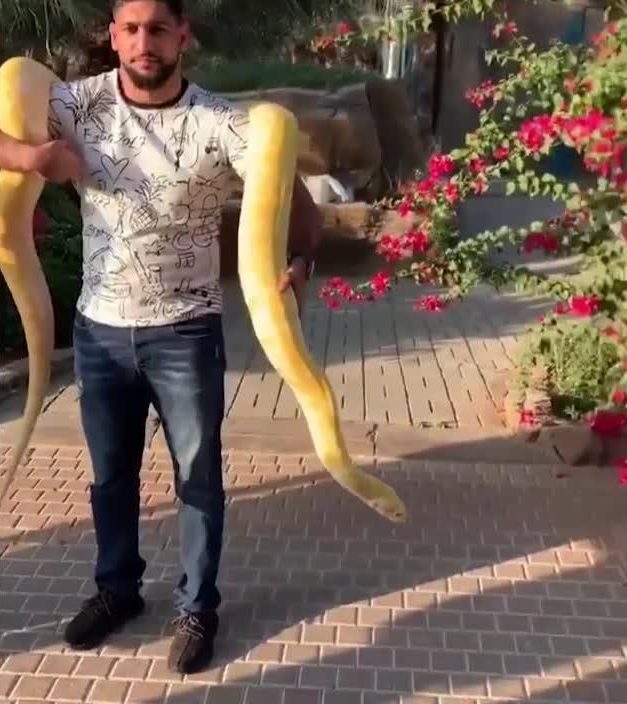 What’s special about Amir Khan’s extravagant outing in Dubai is that he mentioned last year about his fear of snakes on the British reality show ‘I’m a Celeb’.

Now, this was not just any snake it was massive Python draped around its neck. He was dressed casually in jeans and a white T-shirt, he dangled a yellow snake around his neck and down past his knees. 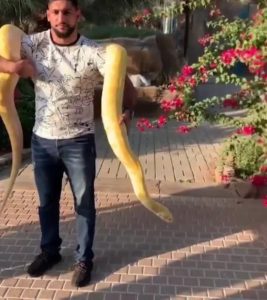 Amir Khan didn’t look calm at all and he was hardly able to control himself. Amir shared pics from the event as he wished his followers a Happy New Year.

“Hopefully we can put 2018 behind us now and go on to a better year,” he added before raising a fist to the camera.

Hopefully, fans get to know about Amir Khan’s next opponent soon. Although most fans want to see Khan fight his arch British rival Kell Brook next, but he has also been offered $5 Million from Top Rank promotions to fight WBO Welterweight champion Terence Crawford at the Madison Square Garden next.

Who do you guys think Amir Khan should fight next?