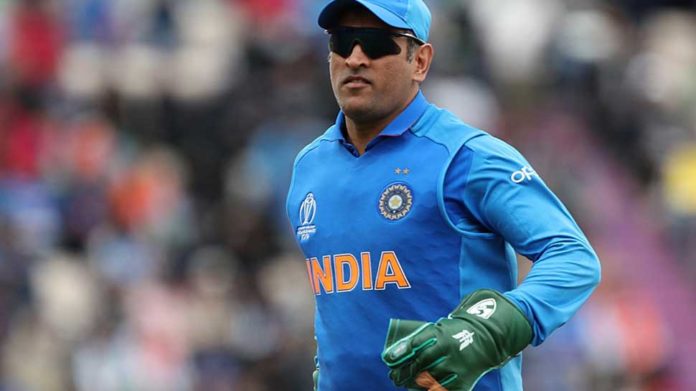 MS Dhoni was seen sporting the regimental dagger insignia on his keeping gloves in the game against South Africa on Wednesday. Pakistan’s Federal Minister for Science and Technology, Fawad Chaudhry had a say on this move of the former Indian skipper.

“Dhoni is in England to play cricket not to for MahaBharta, what an idiotic debate in Indian Media, a section of Indian media is so obsessed with War they should be sent to Syria, Afghanistan Or Rawanda as mercenaries…” the minister tweeted.

This insignia that Dhoni sported in the opening match of India’s World Cup campaign is known as the ‘Balidaan badge’. This badge was highlighted when Dhoni effected a stumping in the 40th over of Yuzvendra Chahal, to dismiss Andile Phehlukwayo.

According to the rulebook of the ICC, “equipment and clothing regulations do not permit the display of messages that relate to political, religious or racial activities or causes during an international match.”