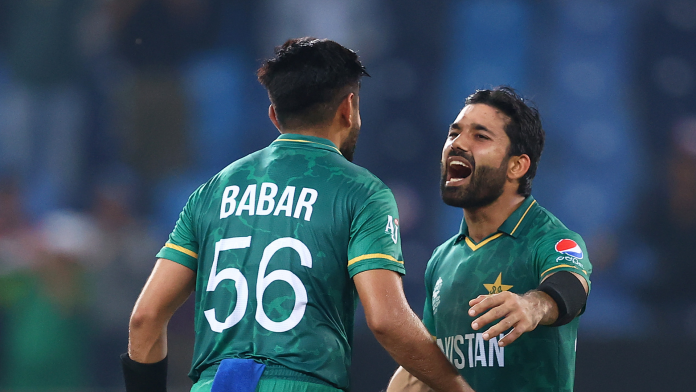 Australia are tasked with doing something that no other side has managed so far at the ICC Men’s T20 World Cup. Beating Pakistan.
Babar Azam-led Pakistan have made a concerted effort in all five matches so far. Their fast bowlers are breathing fire, while the batting line-up is in good shape. Babar Azam and Mohammad Rizwan have been unstoppable.
Head coach Justin Langer knows Aussies have depended on blazing starts by swashbuckling opener David Warner and Finch to get past opponents in the Super 12 stage.
But left-arm quick Shaheen stood in Australia’s way with his ability to pick early wickets rattling opposition teams as Pakistan moved into the semi-finals unbeaten with five wins.
Australia will look to master Shaheen in the key stage of the opening six overs when the power play is in operation with only two fielders allowed outside the inner circle.
Shaheen has claimed six wickets in five games after he set the tournament ablaze with his opening spell of 2-19 following his wickets of Indian openers Rohit Sharma and KL Rahul.
The tall left-arm quick has troubled Australia in four meetings with eight wickets and a best of 3-37. 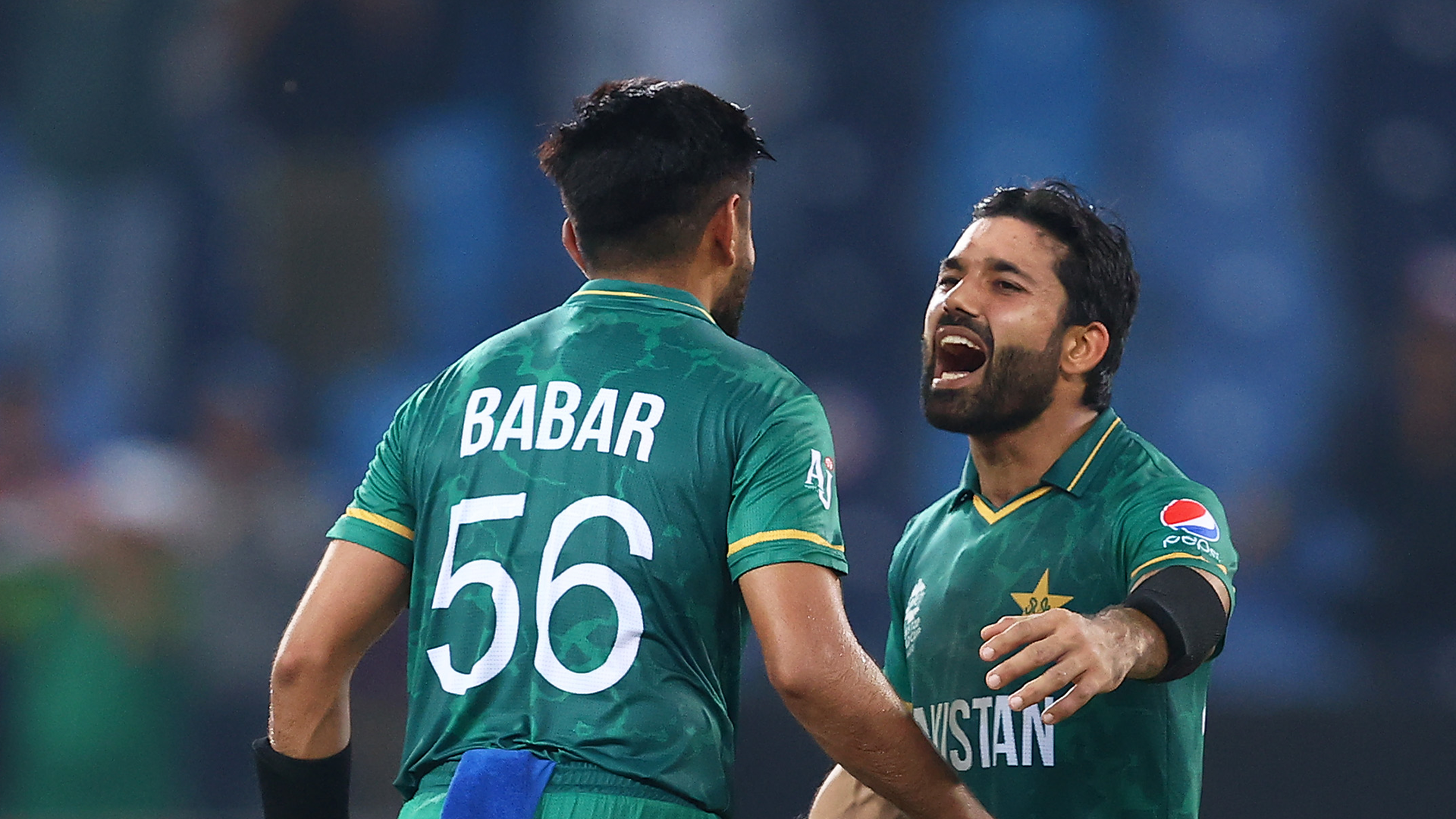 But facing him would be an in-form Warner who has scored 187 runs including two half-centuries and has been key to Australia’s entry into the final four.
And Pakistan, inspired by their skipper’s four half-centuries in the Super 12 stage, cruised through as Group 2 winners with further wins over Afghanistan, Namibia and Scotland.
Beating arch-rivals India was surely a morale booster for them and they are now looking to achieve what no team ever has: win the the Men’s T20 World Cup without suffering a single defeat.
The Men in Greens came into the tournament after having their series against New Zealand and England cancelled. The former pulled out minutes before the start of the first match while the latter withdrew three days later.
Australia started off with a scratchy win over South Africa, a game that went down to the last over, and their chances of making it to the semis looked quite thin when they got outplayed by the old enemy England in all departments.
Since their indifferent start to the tournament, however, Australia have looked a different beast, obliterating both Bangladesh and West Indies by sizeable margins in their last two games of the Super 12s. That they bowled Bangladesh out for just 73, and then chased down the target a couple of deliveries beyond the powerplay is what ultimately helped them secure a semi-final berth at the expense of the Proteas, who also notched up four wins in five games but lost out on Net Run Rate.
Australia lost its last five T20 series coming into the tournament, including in Bangladesh, and looked far from a top-four side.
But Zampa and the three-man pace attack has helped it reach the semi-finals coupled with Warner’s return to form.
The two last met in November 2019, with Australia winning the three-match series 2-0 after rain ruined the opening match.
But in the UAE, Pakistan is a formidable side, unbeaten in 16 T20s here since November 2015. Its last T20 loss to Australia in the UAE came in 2014.