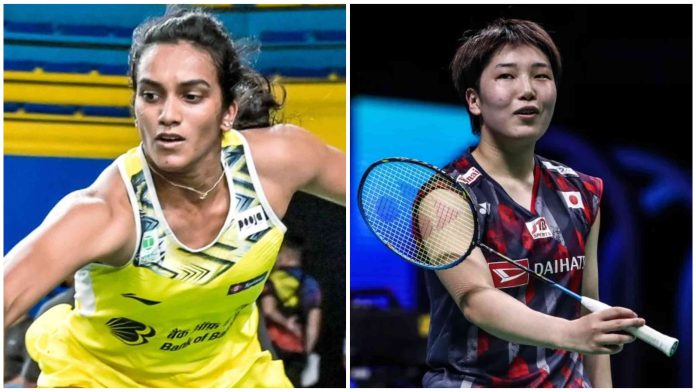 Indian shuttling icon P V Sindhu reached the quarterfinals of the ongoing Thailand Open after defeating Sim Yu Jin of Korea and will now take on the second seeded Akane Yamaguchi of Japan.

In a match that lasted for 37 minutes, Sindhu dominated Jin to a 21-16, 21-13 finish to set up her last eight clash against Yamaguchi. The sixth seeded shuttler has met the Japanese 22 times in the past and leads a 13-9 record. The two had their last encounter at the Asian Championships, in which Yamaguchi picked up a 13-21, 21-19, 21-16 victory.

Malvika Bansod, on the other hand, lost her women’s singles outing against Line Christopherson of Denmark 21-16 14-21 14-21. The mixed doubles duo of Ishaan Bhatnagar and Tanisha Crasto also lost their second round match to Goh Soon Huat and Lai Shevon Jemie, losing 19-21 20-22 against the sixth seeded Malaysian pair. Ashwini Bhat K and Shikha Gautam also bowed out of their women’s doubles campaign against fifth seeded duo Mayu Matsumoto and Wakana Nagahara.

Kidambi Srikanth, who was part of India’s historic triumph at the recently concluded Thomas Cup, had an anticlimactic conclusion to his Thailand Open campaign after handing a walkover to his rival Nhat Nguyen of Ireland, after defeating French player Brice Leverdez  18-21, 21-10, 21-16 in the opening round.

The 2022 Thailand Open is taking place from 17th to 22nd May at the Impact Arena in Muang Thong Thani, Bangkok.