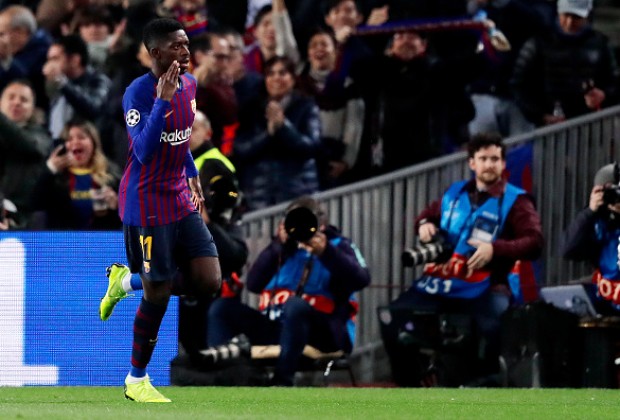 Ousmane Dembele seems to have been under fire from his Barcelona teammates and manager after a series of unprofessional behaviour off the pitch, the recent being two hours late to training on Sunday, costing him a reported 200,000 Pounds as fine. Luckily for himself and the club, the French forward is keen on making amendments for his actions.

Dembele’s punctuality is one of the few weaknesses of the striker that creeped up in his behaviour very recently, drawing negative speculation from his teammates and the Spanish media. Barcelona legend Rivaldo weighed in his opinion when he said that the Frenchman ought to have behaved more professionally, even if he wanted to force a move away from the club.

Dembele however was more than willing to work on his behaviour, so much so that on Monday before the training session ahead of their Champions League clash with Tottenham, the Frenchman apologised to his Barcelona teammates and manager Valverde for his actions and promised that it wont happen again. His apology was short and appreciated all around the dressing room.

The striker scored a goal the following day against Spurs in Bracelona’s final group game in this year’s tournament. Carles Aleña, after the Tottenham game, said: “He apologised to the dressing room. We accepted it. He knows he’s done wrong. He’s a good kid, we’re with him until the end. We have to show him affection.”

Did Jurgen Klopp moaning about the referees allow Virgil Van Dijk escape without a red card against Napoli?