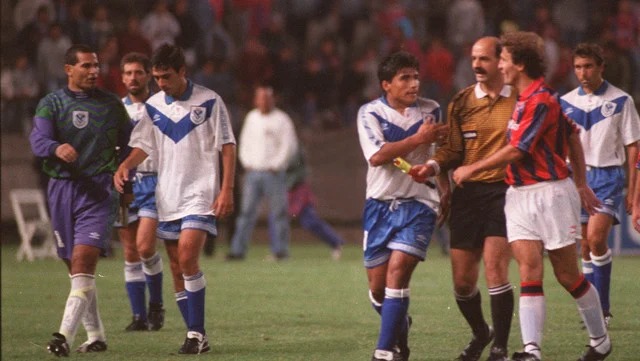 José Luis Chilavert and Óscar Ruggeri are two legendary former South American players. The former is the best Paraguayan goalkeeper in history, and one of the top scoring goalkeepers in world football. The latter was a tough defender who participated in the winning Argentinian squad of the 1986 FIFA World Cup. Fans can 1xBet app download into their Android and iOS gadgets at any moment, which can be used to wager on the best South American football matches. 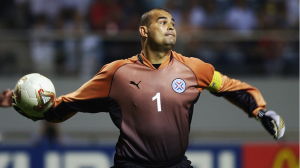 Both players spent many years on Argentinian team Vélez Sarsfield during the early 1990s. The two were considered as leaders for the squad. However, such leadership led to many ego confrontations between both of them. Eventually, Ruggeri left the club and joined Argentinian side San Lorenzo in 1993. Apparently, the personalities of the Paraguayan and the Argentinian were too big to fit in a single dressing room.

After Ruggeri left Vélez, there were several public confrontations between both players. They sent insults and all kinds of derogatory comments among themselves. However, all of this would reach a turning point that almost became catastrophic for the Paraguayan goalkeeper. Whenever great goalkeepers play, make sure to download the 1xBet app to wager on their squads.

When Chilavert’s career was almost ruined

However, all these public confrontations reached their peak on the 6th of August 1996. On this day, Chilavert’s Vélez faced Ruggeri’s San Lorenzo in the Argentinian league. All the 1xBet locations are available to wager on these squads. The match ended 4-1 in Vélez’s favor. The goals were scored by:

During the match, Chilavert tried to keep the ball in his feet outside of the penalty box. Suddenly, and out of nowhere, Ruggeri makes a violent tackle from behind the keeper. Chilavert jumped at the very last moment in order to avoid receiving the tackle. If he had received it, probably he could have suffered a catastrophic injury.

Ruggeri never hid his true intentions. He always admitted that his intention was to injure Chilavert in order to “solve” their disputes after the Argentinian’s exit from Vélez.

Many years later, Chilavert stated in an interview that, while he was holding the ball, he heard some of Ruggeri’s teammates screaming. One of them said “break him! break him!” apparently encouraging Ruggeri to tackle the keeper in his attempt to end the Paraguayan’s career. After hearing that, Chilavert thought that something was coming, and he made the jump that apparently saved his leg and his career. As it can be seen, Argentinian football can be very exciting, and the locations offered by 1xBet are the perfect place to wager on its matches.