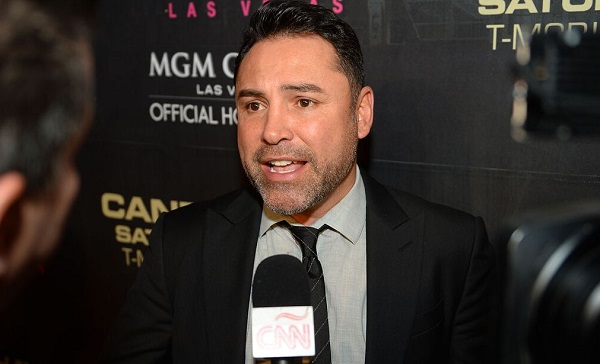 Boxing legend Oscar De La Hoya, who is a six times world champion and CEO of Golden Boy Promotions on Monday has said that he’s considering adding another title to his collection: leader of the free world. He is very serious about running for the president of the United States of America.

The former Olympian who won gold in 1992, has been retired from professional boxing since 2009 but has remained heavily involved in the game as a promoter for his company and is promoting the most anticipating fight of 2018 taking place this weekend between Canelo Alvarez of Mexico and Gennady Golovkin of Kazakhstan. 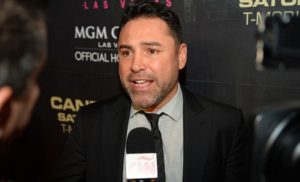 “Let me tell you one thing, I am actually [considering it], I’m actually very, very serious. And I strongly feel that if a Kanye West can do it, and… tease the world that he would maybe one day want to run for president, why not me?”

“I’ve had literally, over the years, ever since I became a professional in boxing, I’ve had millions of people tell me ‘look, why don’t you represent, why don’t you stand up and have a bigger voice’ and obviously the biggest voice you can have is being president,” he continued.

De La Hoya, from East Los Angeles, said if his team brought him some encouraging statistics he would make it official and announce his run.

Although Oscar De La Hoya doesn’t have any experience of holding any kind of political office before, neither did Donald Trump and with Trump being the POTUS, the bar is exactly very high.