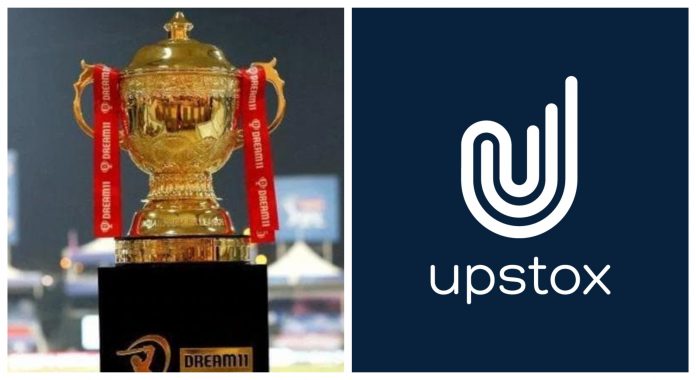 Upstox – the online brokerage firm has become the official sponsor of the Indian Premier League (IPL) in a multi-year partnership, the company has shared on Tuesday. RKSV Securities, the owner of Upstox has emerged as the second-largest brokerage firm in the country courtesy of a lot of new digitally-savvy retail investors in the past year as well.

“As one of the most-watched cricket leagues in India, IPL along with Upstox, one of India’s fastest-growing digital-trading platforms, can create a huge impact on the audience,” said Brijesh Patel, chairman of IPL.

Meanwhile, Ravi Kumar, the co-founder and chief executive officer of Upstox, said that the partnership will allow them to spread financial awareness through the most popular cricketing events as well. Notably, Upstox has over 2.8 million users and also said that for the stockbroking and mutual fund industries this deal with IPL is their first-of-a-kind in India.

With the upcoming edition of IPL around the corner, the Board of Control for Cricket in India’s (BCCI) took a call regarding its venues where they decided on six host cities that will conduct the entire tournament.

However, that didn’t go down well with many, including the Punjab Chief Minister Captain Amarinder Singh, Telangana Rashtra Samiti (TRS) working president KT Rama Rao as well as former India captain and current president of Hyderabad Cricket Association, Mohammed Azharuddin. They all wanted to have a home advantage.

But seeing the issue, the board has decided that no tea will get the home advantage in the upcoming league. Meanwhile, BCCI President Sourav Ganguly has said that allowing the crowd during the cash-rich league this year would have been a bigger logistical issue. Notably, IPL 2020 took place in the UAE last year in November that too behind closed doors.

His comments came after the board has announced that no crowds could enjoy the live action at the venues. It is also noteworthy that, six venues have been decided for the upcoming league — Mumbai, Kolkata, Delhi, Chennai, Bengaluru and Ahmedabad — where the matches will take place behind close doors at the first half of the league whereas a call will be taken later whether the crowd can be allowed or not.