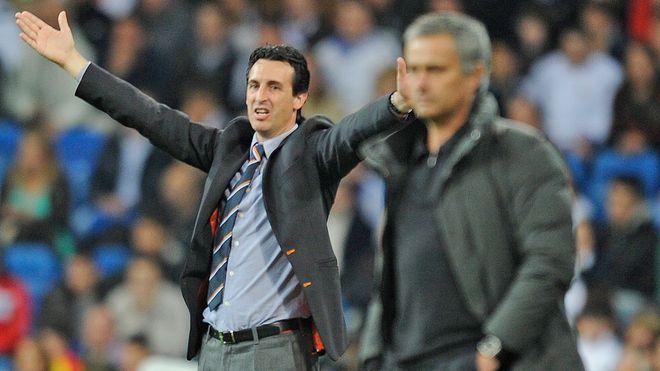 In the Premier League , there was a time when pundits were concerned that any manager’s excuse of ‘I need more time’ was rendered meaningless because of how swiftly and efficiently Jose Mourinho conquered English football. However , times seem to have changed and the scenario is quite the contrary. The 2 time Champions League winner seems to have lost his mojo while his counterpart Unai Emery at Arsenal seems to benefit from it.

Manchester United are 8th down in the Premier League table and Jose Mourinho’s eccentricity is making the headlines for all the wrong reasons. Manchester City’s Pep Guardiola and Liverpool’s Jurgen Klopp have been doing things right and are also contributing to headlines with their successful early part of the campaign. Operating in the shadows of these headlines, Unai Emery has been reshaping Arsenal into a consistent outfit. After losing the first 2 PL fixtures to City and Chelsea respectively, The Gunners have come back strong to win 8 PL games primarily due to the new tactical approach employed by Emery.

Arsenal legend Ian Wright urged fans to put behind myopic parameters of judgement and be more open minded. “All the spotlight for the past month has been on Mourinho. Before that it was very much on how Guardiola and Klopp were going to battle it out for the Premier League title. ‘And that meant Emery could largely get on with it at the Emirates without the glare of the spotlight on his every move.” said Wright.

“What Unai is doing is trying to change the whole philosophy going forward, and he is doing it very, very well indeed.” added Wright.