Former Australian cricketer and current commentator Dean Jones has picked his dream T20 side that features some cricketers of the game who haven’t even featured in the format before.

The all-time eleven that was selected by Dean Jones in the Global T20 Canada saw players from even yesteryear make their presence. While some of the players haven’t even played a single T20 before, Jones believes that they have the ability to adapt to the situation.

Indian wicket keeper MS Dhoni is the lone Indian in the side. Meanwhile, Sir Ian Botham is also the only all-rounder in the eleven.

The fast bowlers contingent includes the trio of Wasim Akram, Curtly Ambrose and Joel Garner with the Australian legspinner Shane Warne being the specialist spinner.

Rahkeem Cornwall gets his maiden call-up for tests against India 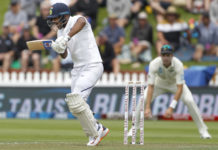 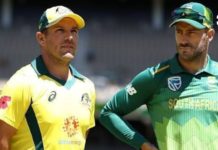 MS Dhoni premitted to train with the paramilitary regiment