While N’Golo Kante was plying his trades in the French second division, a devote Middlesbrough fan recommended the midfielder to his club which got a response from the club’s Twitter handle as well.

The 2-time Premier League winner caught the eye of Dennis Abbott who had certainly heard the player’s praise in the media and from the critics alike.

Middlesbrough official twitter handle responded to Abbott’s claim by stating that their scouts are looking into it. Kante, who was playing with Caen at the time obviously had a completely different career trajectory in the near future.

Kante rose through the ranks eventually making into the English Premier League. The Claudio Ranieri led Leicester went on to win the title against all odds following which the midfielder made a switch to Chelsea.

Kante eventually went on to win the World Cup with France as well while Middlesbrough slumped their back to the Championship where they currently lie. 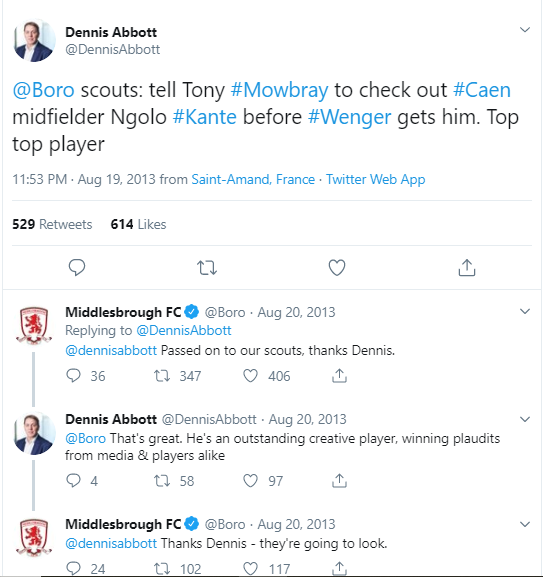