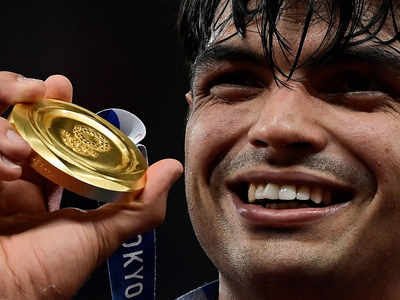 The 27-year-old Olympic gold medallist is going to focus on gaining stability in his technique. The javelin star has been training under Klaus Bartonietz since 2019.

Klaus is all praises for Neeraj, saying that he has a an all around athlete and he was already excellent in javelin, but he needed to iron out certain kinks in his technique.

When Klaus first met Neeraj, he observed that the athlete needed to work on his run-up speed, he was using incorrect body position to block and was “rushing into the throw”.

“I made him understand and he started understanding the correct way. There was nothing dramatic. The angle of release should be right, you need to know aerodynamics if you want to throw farther. We have to do step by step to develop, ” said Klaus.

Klaus is convinced that Neeraj has made all the improvements that was needed to make, now that he has won the most prestigious event in the history of sports, his sole aim is to maintain his technique and falter.

“No doubt, there are improvements we have made. There were shortcomings but we have worked them out.”

Both klaus and Neeraj was not aiming for the gold. Their target was to put their best efforts and win a silver or a bronze depending on the performance of the other players.