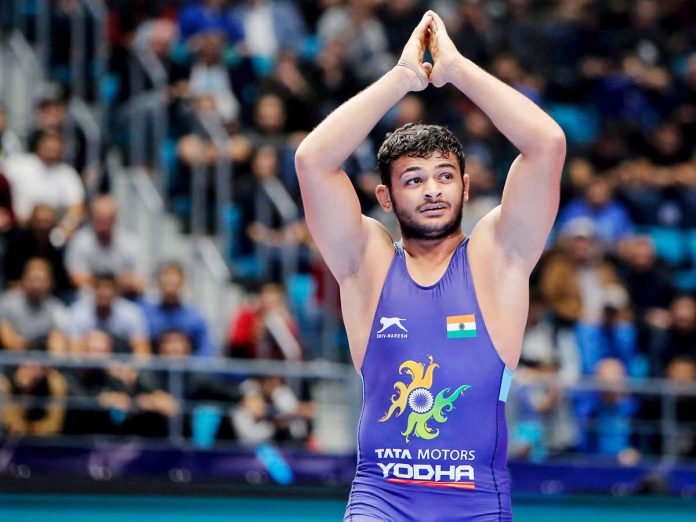 Deepak Punia, the 2019 World championships bronze medallist who is destined for the Tokyo Olympics this year, has decided to pull out of the ongoing Poland Open, citing the worsening of an injury in his left hand.

The Poland Open, which is the final Ranking series event before the Tokyo Olympic Games kicks off in July, is being hosted in Warsaw, saw participation from four Indian grapplers, Vinesh Phogat and Anshu Malik in the women’s category, and Ravi Dahiya teaming up with Deepak Punia in the men’s counterpart.

However, it was revealed that Punia had sustained an injury in his left hand during a practice session two to three days before leaving for Warsaw, which caused him to drop out of his 86 kg quarterfinal match against American wrestler Zahid Valencia.

Sources within the Indian contingent stationed in Poland revealed that Deepak had already informed the Wrestling Federation of India (WFI) about his injury but wanted to decide on his participation after reaching Warsaw.

“Yes we had given him a choice. We do not want to put pressure on wrestlers, Olympics are near, so no point in taking risks,” WFI Assistant Secretary Vinod Tomar revealed.

Although he will not take part in the event anymore, Deepak will remain with the Indian contingent until 5th June to be a part of the training camp that will be organised by the Polish Federation.

Other than Deepak, Ravi Dahiya, who qualified for the Olympics in the 57 kg category, will compete in the Poland Open in the 61 kg category, while Vinesh Phogat and Anshu Malik will take their mats this Friday in the women’s 53 kg and 57 kg events respectively.

Previously, Bajrang Punia also pulled out from the Poland Open as he opted for his training camp in Russia. On the other hand, Sumit Malik (125kg) is currently under suspension for failing a dope test. Seema Bisla (50kg) and Sonam Malik (62kg) did not travel to Poland as they are still recovering from their injuries.