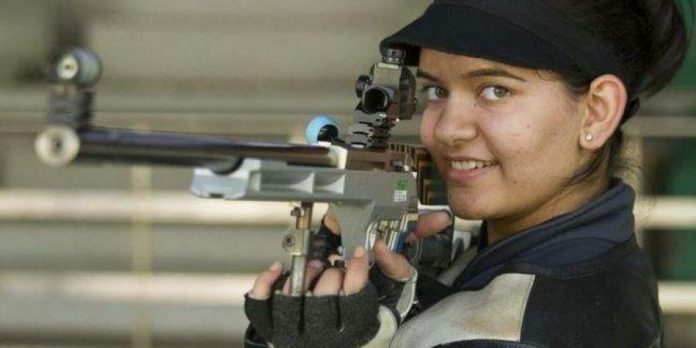 After the disappointing performance in the World Cup back home, Tokyo-bound Indian shooter Anjum Moudgil redeemed herself with a stunning performance at the ongoing European Championship in Croatia.

Moudgil clocked a score of 1173, a massive improvement compared to her score of 1162 in the World Cup, to breach into the final qualification mark in the women’s 50m rifle 3 positions event at the tournament hosted in the city of Osijek on Sunday.

As a guest invitee of the 13-member Indian contingent currently stationed in Croatia for the championship, Moudgil had taken part in the Minimum Qualification Score (MQS) section, finishing third.

Moudgil’s compatriot and veteran shooter Tejaswini Sawant came in fourth in the MQS section, posting a score of 1172. Franziska Stark of Switzerland, who scored the same as Moudgil but had one less inner-10 score, clinched the eighth and final spot in the 16-strong section.

The MQS was topped by Lessia Leskiv of Ukraine who scored 1177, followed by Najmeh Khedmati from Iran who came in second with a score of 1174.

Hailing from Chandigarh, Moudgil secured her Tokyo Olympics berth at the 2018 ISSF Shooting World Championships in Changwon, in the women’s 50m rifle 3 positions as well as the 10m air rifle mixed team events.

The 27-year-old, who is a Sub Inspector (SI) with Punjab Police, clinched double silver at the World Championships three years back, in the 10 m air rifle and 10 m team air rifle categories.