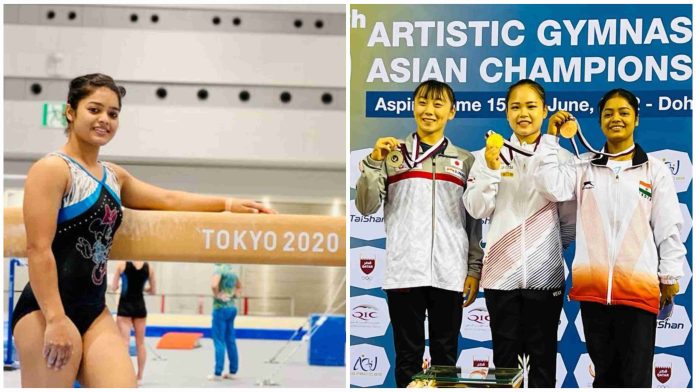 In the summit round of the vault table competition, Pranati clocked a score of 13.367, finishing behind gold medallist Yeo Seojeong of South Korea and silver medallist Japan’s Miyata Shoko who scored 14.084 and 13.884 respectively.

Having bagged the bronze, Pranati has also clinched her berth at the upcoming FIG World Artistic Championships, which is set to take place in Liverpool from 26th October to 6th November later this year.

The only Indian to clinch two Continental Championships medals in history, Pranati earned her first Asian Championships bronze at the 2019 edition in Ulaanbaatar, Mongolia, the same year when she became the Indian all-around champion. Last year, she became the second female gymnast to represent India at the Olympic Games.