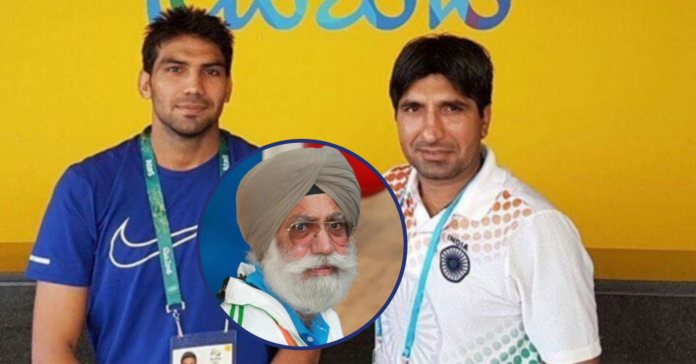 Boxing coach Rajesh Kumar, popularly known for guiding the career of Commonwealth Games gold medalist and Olympian Manoj Kumar has been recommended for the Dronacharya award by Gurbax Singh Sandhu.

Dronacharya award is the highest coaching award in India and former national coach Gurbax Singh Sandhu is also a recipient of this award. Rajesh Kumar is the head coach at Kurukshetra University in Harayana. 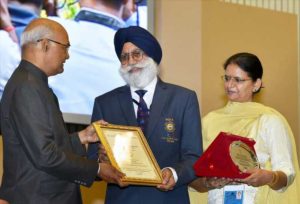 “I understand that the achievements of Rajesh Kumar as a boxing coach are more than enough to recommend him for the prestigious Dronacharya award in the category of boxing coach,” Sandhu stated in his letter to sports minister Kiren Rijiju.

Manoj Kumar who is a recipient of the Arjuna award couldn’t be more happy for his coach Rajesh Kumar.

“I am from a humble background and had Rajesh coach sahab not taken a keen interest in me, I would not have been able to pursue the sport. All that I am today is because of him. I had many bad phases in my boxing career and it was because of his (referring to Rajesh) efforts that I was able to pull through. Though he is my elder brother, our relation is that of guru-shishya. He is no less than Dronacharya to me.” Manoj Kumar said.

Rajesh Kumar is also an AIBA two-star coach and is responsible for guiding many young boxers throughout the country.

He has been coaching for nearly 20-years and in 2016 coached the Haryana women’s team that made the record for 10 medals in the National Championship. Under his guidance, Kurukshetra University topped the Khelo India University Games chart. Apart from Manoj Kumar, Rajesh is also responsible for coaching boxers like Sahdev Hooda, Neel Kamal, Jitender Kumar, Neeraj Goyat, etc.

“It is an honour for me that a great coach like Sandhu sir found my credentials worthy enough to be recommended for the Dronacharya Award. I have learnt a lot from him as he is the one who changed the Indian boxing scene,” said Rajesh.

Mark Kom: There won’t be another Mary Kom for the next 10 or 20 years!