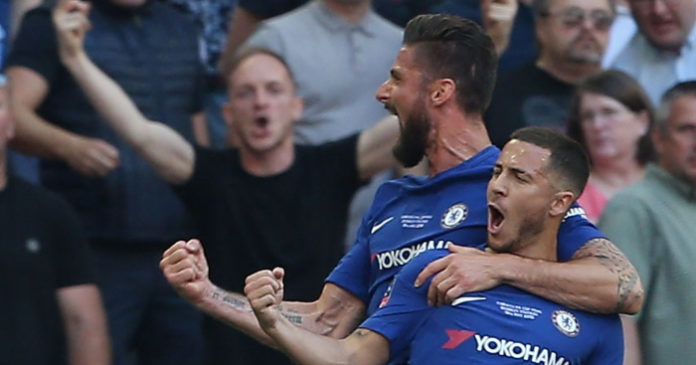 Eden Hazard is an impact player everywhere he sets his foot on and his Chelsea teammate Olivier Giroud reflects on his first time training with the Belgian where he felt it firsthand. 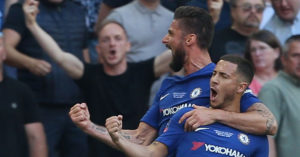 Eden Hazard joined Chelsea in 2012 from Lille and Olivier Giroud followed suit in January 2018 from Arsenal and now the duo are having a merry time playing for The Blues. Hazard has developed in something of a A-list player whose name is always among the current footballing elites such as Messi and Ronaldo. The Belgian winger has won 2 Premier League titles and recently bagged a bronze medal at the world cup and is no short of a consistent world class forward.

The Chelsea number 10 is impressing the fans as much as he’s impressing his teammates. Speaking to Le Figaro, Giroud said: ‘When I discover Eden Hazard in training for my first session at Chelsea. I told myself: “F**k, it’s hard to get the ball off him”.

‘Sometimes, there’s two or three players around him and he still manages to get out in tight spaces.

‘He’s a magician, he’s impressive. Now, I’ve started to know him and I don’t find myself near him. It’s better for him and for me.’

Giroud is yet to score for Chelsea in the PL and is struggling to break into Sarri’s first team.

Chelsea, who are currently third in the Premier League – four points adrift of leaders Manchester City, make the short trip to Wembley to face Tottenham on November 24.