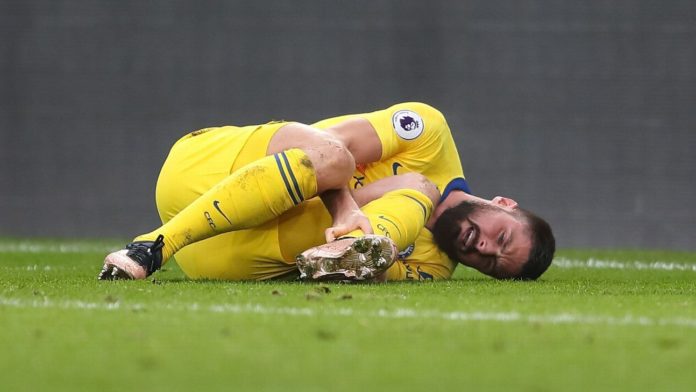 If the existing injuries sustained by Chelsea weren’t already enough, forward Olivier Giroud’s injury picked up yesterday against Crystal Palace piles up on the Blues’ miseries as they enter a busy month of January without much options. Maurizio Sarri believes his club are “in trouble” with more beds being lined up in the infirmary. 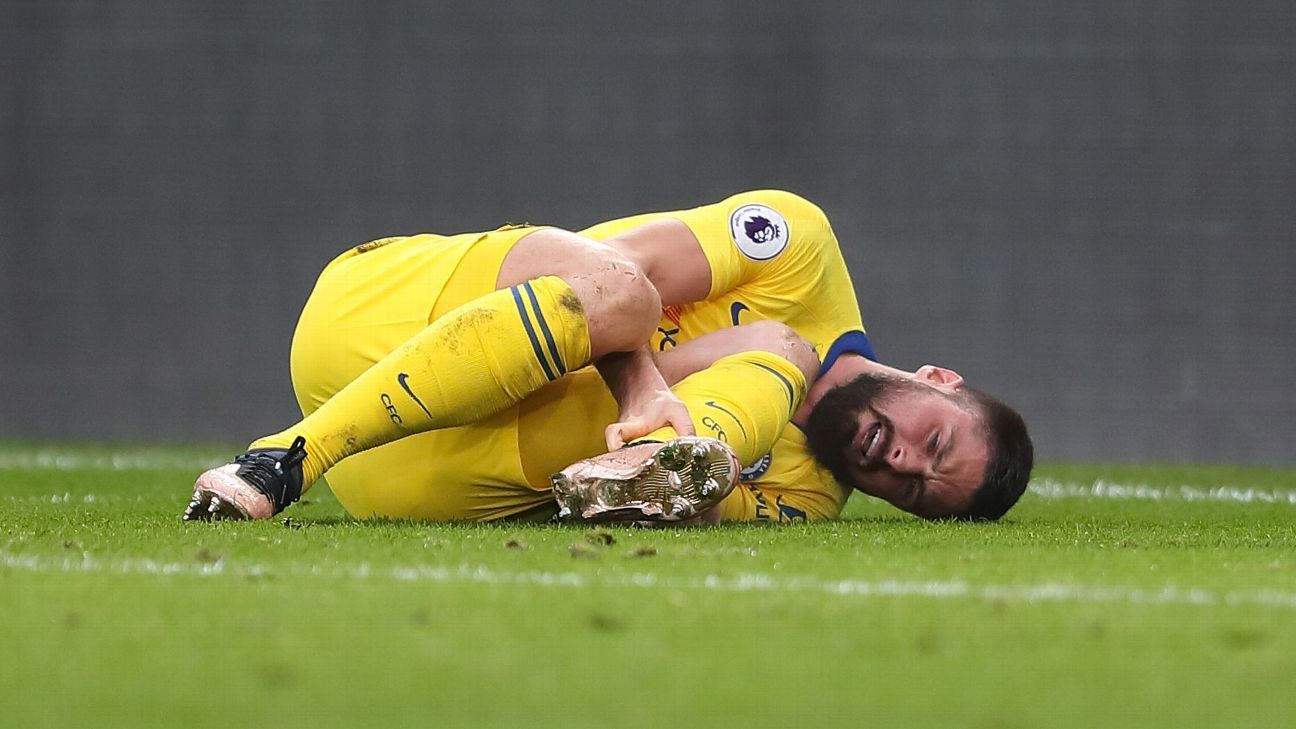 The Frenchman was forced out of the game on crutches in the 76th minute, when, in an attempt to score a goal (eventually ruled out as offside) a harsh James Tomkins tackle took Giroud down and left him on the ground in agonizing pain, sustaining a suspected ankle ligament damage. Visitors Chelsea won 1-0 at Crystal Palace, the lone goal courtesy of N’Golo Kante.

With Giroud ruled out of footballing action for several weeks to come, along with the previously injured Ruben Loftus-Cheek, Cesc Fabregas, Pedro and Callum Hudson-Odoi who were exempted from yesterday’s game, a busy January looks grim for the Blues who are left with not much to work around with, in case of further casualties in the future. This new added injury certainly spells trouble for the London club, and Maurizio Sarri seems to acknowledge this.

“We are in trouble because, in January, we have to play every three days,” the Chelsea boss explained.

The win at Selhurst Park puts the Blues in 4th place with 43 points, 5 points clear of 5th placed Arsenal.