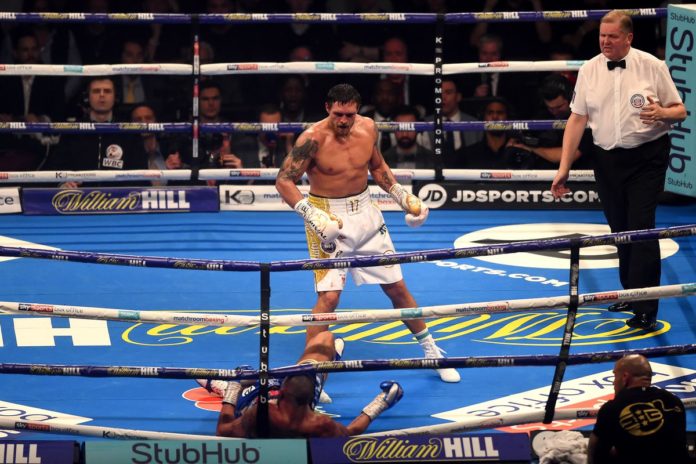 Tony Bellew ambition to become Britain’s second undisputed cruiserweight champion didn’t come to fruition as Ukrainian star Oleksandr Usyk brutally knocked him out in the eight round to successfully defend his undefeated record and his much cherished WBA, IBF, WBC, and WBO world cruiserweight world title.

Liverpudlian Tony Bellew started brilliantly for the first three rounds, he was cautiously outboxing Usyk, but after the fourth round, Usyk was able to get his momentum back and took the fight to Bellew and then Usyk rocked Bellew with a stiff jab and followed it up with a huge left hand to send the challenger tumbling into the ropes, ending the fight. 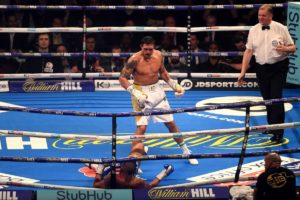 At the post-fight interview, he gave full props to Usyk and took pride in his performance.

“I tried me best,” the Liverpool native said in the ring. “I gave it everything I’ve got.”

“Only the very best and very biggest will find a way to beat him“.

Oleksandr Usyk thanked Manchester and his fans for supporting him.

“Thank you, Tony, thank you Manchester, Great Britain I love you.

“No [I was not surprised by Tony Bellew’s positive start] I was waiting for that, I knew he would do it like that because he had nothing to lose.

“I have had the most difficult year in my life, I want to relax, spend time with my family and then I will talk about my future.”