Manchester United caretaker manager Ole Gunnar Solskjaer confirmed in a recent pre match interview that the Chilean attacker Alexis Sanchez will be involved in their game against Newcastle United. Sanchez has been out of action for the past month and was unimpressive under Jose Mourinho’s reign. With new life breathed into the club by their former legend, the United number seven will look to have the impact the fans have been waiting for. 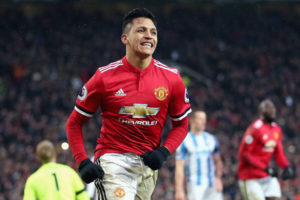 Solskjaer’s Manchester United managerial career has started with a series of dominating, fast-paced, attacking football with a flurry of goals. Out of form players like Paul Pogba and Marcus Rashford seem to have got their mojo back, with the former putting in two man of the math performances back to back. Out of favour striker Romelu Lukaku also seems to have been given a way out of his slump by the Norwegian.

The manager’s utilisation of Alexis Sanchez is yet to be seen and remains an exciting prospect for the fans. Sanchez at his best can rip defences to shreds, something his former boss absolutely failed to utilise, but an attack minded manager like Solskjaer might just be what the Chilean needs. While the attacker might not start the game at St. James’ Park, he is almost certain to be involved in the game, as confirmed by the caretaker manager.

United face Newcastle on Wednesday in the Premier League, expected to come out with maximum points, even though Solskjaer mentioning it as a more difficult challenge rhan his previous encounters.

FIFA World Cup 2018: Shaqiri thanks fans in a heartfelt tweet...