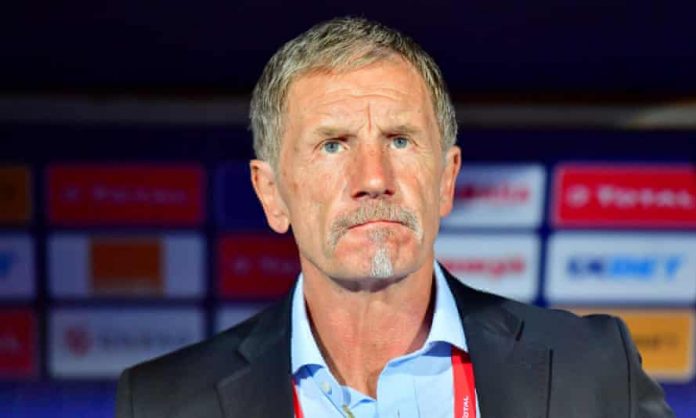 Stuart Baxter has been sacked as manager of the Indian Super League’s bottom side Odisha FC after making “unacceptable” comments following his team’s 1-0 defeat to Jamshedpur on Monday.

Despite his side collecting just eight points and one win from 14 games, the Englishman was not dismissed for results on the pitch.

Instead, Baxter was given his marching orders for comments made in a live interview with Star Sports India after his side’s latest loss. 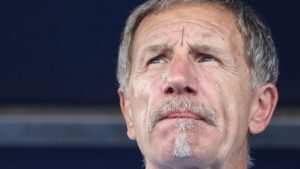 Having slipped to an eighth defeat of the season to a single goal from Mobishir Rahman, Baxter was far from impressed with refereeing decisions at GMC Stadium. It was the outburst that cost him his job, because an analogy he used to express his frustration.

The 67-year-old, who has managed clubs in England, Scotland, Australia, Sweden, Japan and in the United States as well as the South African national team, used rape to describe his side’s inability to be awarded decisions and penalties in the ISL.

Baxter was immediately sacked by Odisha in the aftermath of the interview. Odisha branded the comments as “completely unacceptable” in their announcement that he had been dismissed.

“Odisha FC has decided to terminate head coach, Stuart Baxter’s contract with immediate effect,” Odisha tweeted from the club’s official Twitter account. “The interim coach for the remainder of the season will be announced soon.

“It is completely unacceptable whatever the context and does not reflect the values of the club. We, at Odisha FC, unreservedly apologise and the club management will handle this matter internally.”

Baxter was appointed as Odisha manager in June last year in preparation for the 2020/21 Indian Super League season.

The experienced manager has struggled to make an impact in charge of The Kalinga Warriors, who are highly unlikely to make the ISL finals.

Odisha are five points adrift at the foot of the table. Their only win came against second-from-bottom East Bengal with five more points coming from draws.

Despite the struggles on the pitch, Baxter’s job was not thought to be under threat for results. But his comments off it have earned him the sack.