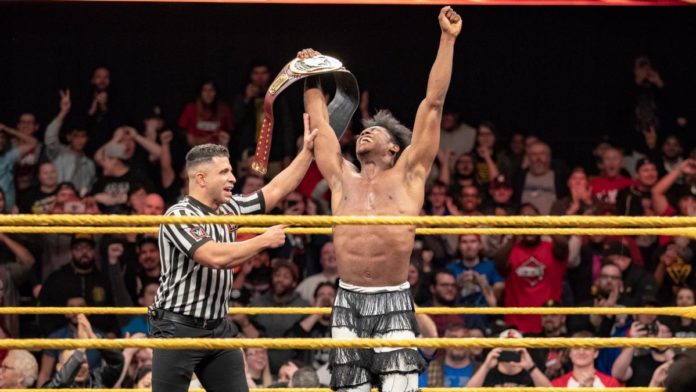 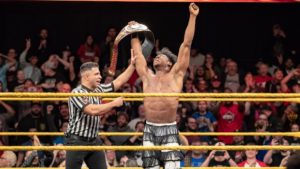 The return of the annual Dusty Rhodes Tag Team Classic was announced last night on NXT, with the tournament set to commence next month on March 6 and the winners receive an opportunity to challenge War Raiders for the tag team titles at NXT TakeOver: New York.

Fierce rivals Aleister Black and Roderick Strong kicked off NXT in strong fashion with a thrilling back and forth contest that kept the NXT Universe glued to the edge of their seats.

Strong carried the upper hand on a larger extent as he delivered some painful blows to Black and came ever so close to securing a huge victory in the absence of the Undisputed Era at ringside.

However, the Dutch Destroyer endured all of Strong’s devastating attacks and eventually landed the Black Mass for a hard-fought victory.

NXT newcomer Xia Li made did not hold back and gave her all in her TV debut against Mia Yim. NXT’s resident Head Baddie In Charge was forced to play on the back foot in the early goings but found her groove shortly as she caught her opponent off guard and took control.

With momentum on her side, Yim landed a couple of resounding strikes on Li and delivered her finisher for yet another impressive win on NXT TV.

NXT North American Champion Johnny Gargano was in sheer control right from the onset as he locked in the Velveteen Dream in a number of gruelling submission holds. But, Velveteen displayed an excellent amount of resistance and bounced back every time by countering his opponent’s manoeuvres with some hard blows of his own.

In an evenly matched up bout, the two superstars had an answer for each other’s moves and brought the best out of one another while Gargano slowly started to become frustrated as the Dream refused to give up.

A steaming Johnny Wrestling was intercepted by the challenger and the tide shifted at the very end as Velveteen capped off the Dream Valley Driver with the Purple Rainmaker for the three count and captured his first ever Championship in NXT.