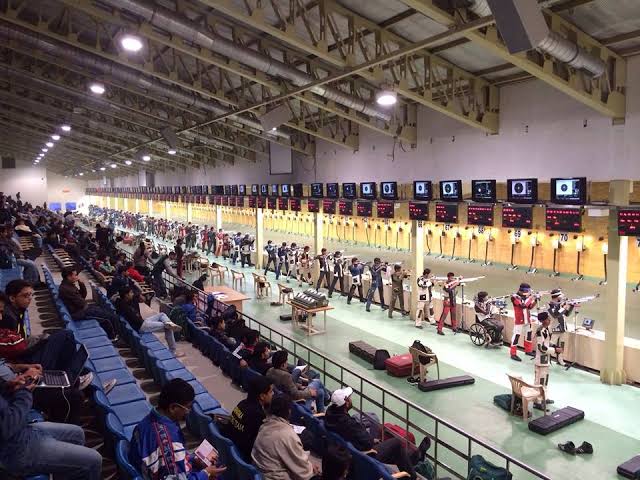 National Rifle Association of India (NRAI) announced on Tuesday that the proposed national camp, to be held as preparatory measure for Olympic bound Indian shooters, has been postponed indefinitely. The reason behind the postponement is, expectedly, the Covid-19 pandemic that has taken the world, and India by storm.

Originally, the national camp for the shooters was set to commence from August 1. Then NRAI personnel discussed amongst themselves the plan of postponing the camp until the middle of August. Unfortunately, with the Covid-19 pandemic showing no sign of recession, NRAI’s governing body met through video conference and postponed the camp indefinitely.

“The NRAI, in its meeting held on Tuesday, reviewed the decision taken during the Emergent Meeting of the governing body on July 14, of holding a national coaching camp for Olympic core group athletes at the Karni Singh Shooting Range (KSSR) in Delhi from the first week of August. Under the prevailing conditions with respect to the Covid-19 pandemic, the governing body decided to defer the camp, till the time conditions are safer all-around as well as suitable for outstation travel. Health and safety of shooters/coaches was paramount in the review of the decision. The NRAI will announce a new schedule at a later date,” the shooting federation declared in a statement.

Some shooters, though, have been training at the KSSR at a personal capacity. They include Mairaj Ahmed Khan, Sheeraj Sheikh, Manu Bhaker, Deepak Kumar, Sanjeev Rajput and Anish Bhanwala. Most of them stay in the National Capital Region (NCR) around Delhi or in cities of Haryana and are able to personally travel to and from the facility. Some have even went on to rent apartments near the range in and around Faridabad.

NRAI’s decision to make the camp compulsory for the core group of 32 shooters was not received well by the sportsmen and coaches. There was also a fear of sportsmen not being able to appear at the camp from the different parts of the nation. Also, in the last week of July, a coach at KSSF was tested positive for Covid-19, but it did not lead to the closure of the sports facility.

As Tokyo Olympics and other Shooting tournaments not supposed to be held in 2020, the shooters found NRAI’s decision to hold a camp in midst of a pandemic redundant. The statement from the body did say a new date would be announced, but it is to unlike to be held anytime in August anymore.

The tale of timeless Wasim Jaffer