Dutch sensation Frenkie de Jong has joined FC Barcelona, and has recently stated at his unveiling that it was his childhood dream to be a teammate of Lionel Messi.

the 22-year old Ajax midfielder joined the Catalan side on a five-year contract, effective from 1 July 2019, for a reported fee of €75 million.

During his unveiling at Camp Nou, the Netherlands starlet has radiantly praised his new team.

“I am very happy to be here finally. As a child it was a dream for me to play at Barça, and now I’m here so it’s great.”

“I’m really looking forward to setting foot on the Camp Nou pitch for the first time.”

“I’m happy to be able to play with Messi, who I have always followed. Now my idol will be my team-mate.”

“I like Barça’s way of playing,” he added. “The philosophy of Barça and Ajax are very similar, and I think I will enjoy it.”

“Barça and Holland have always had a great, special connection, and I hope to follow in that tradition. I want to be one of the great Dutch players who have played at Barcelona.”

For for his competence in passing and ability to dictate the midfield, de Jong has been hailed as the successor to Blaugrana legend Sergio Busquets. 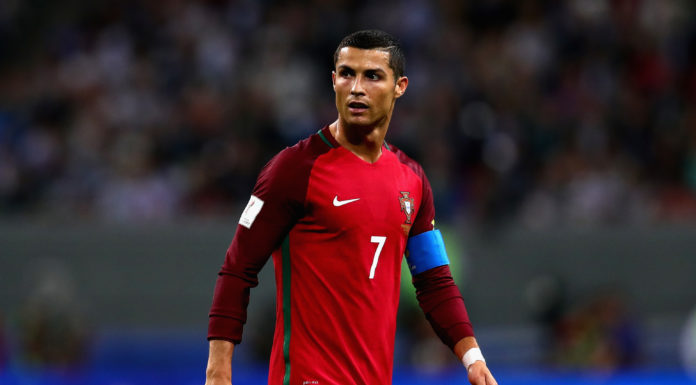 “There’s no point in going to any international event for any of the archers”-...

Michael Vaughan feels ICC is being partial towards Virat Kohli; gets a savage reply...

A piece from the Camp Nou roof falls and injures fan

Wayne Rooney’s wife does detective work to find out who has...