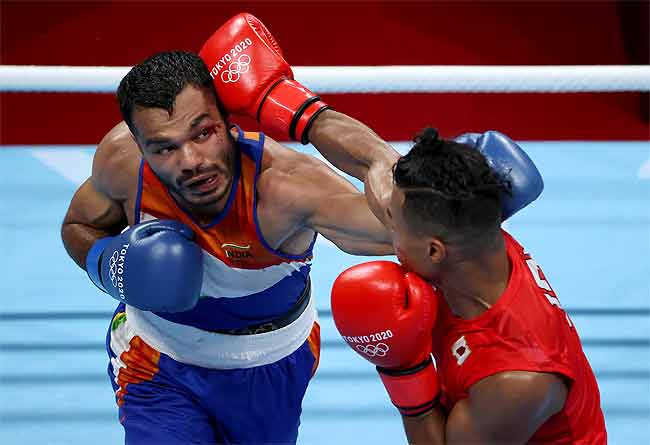 Indian boxer Vikash Krishan’s journey at the Olympics came to an end after he was outpunched by Japan’s Sewonrets Quincy Mensah Okazawa. The World Championship winner could not land a single punch on Okazawa. 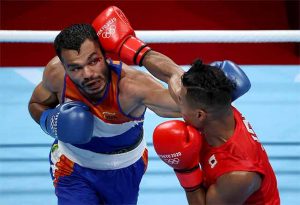 After the humiliating defeat, in an interview to Times of India, he admitted to crying after the loss but he hasn’t lost his hope yet. He mentioned that he could come back stronger for the next edition of the game and win the bout for the nation.

“I called my parents and my friend Neeraj after the bout. I was in tears and said sorry to them. I will come back harder next time. I am not done yet and will make a comeback.”

The boxer had suffered an injury but was determined to take part in the Games. It was his long-time dream to win an Olympic medal. He had been practicing for the Games for three years and wanted to appear in his prime form but unfortunately, the injury affected his performance even though he was mentally prepared to give his all for his country despite the pain.

“I am really disappointed. I was injured but wanted to play and win the hour for my country. Whatever I practiced and learned all these years, I wanted to use it all, but destiny had planned something else for me. I was injured but I didn’t want that injury to affect me mentally, so I went on boxing”, he said.

This was Krishan’s third appearance at the Olympics. The 29-year-old made his first Olympic appearance in 2012 but was ousted in the preliminary rounds. He came back for the medal again in 2016 Rio Olympics but had to return home again empty hands after being defeated by Uzbekistan’s Bektemir Melikuziev in the quarterfinals.