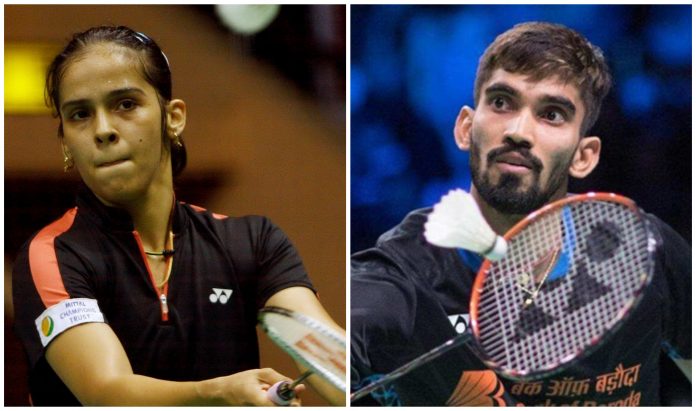 Indian badminton icons Saina Nehwal and Srikanth Kidambi are now rendered unable to qualify for the upcoming Tokyo Olympics as the Badminton World Federation (BWF) has pulled the plug on the Singapore Open, the only remaining qualifying event.

All of the final three qualifying tournaments for the Olympics- India Open, Malaysia Open and Singapore Open, are now either met with a cancellation or a postponement, due to the lingering worries of the still prevalent COVID-19 pandemic.

Even after the tournaments in India and Malaysia were dropped, BWF had stated that they would be considering hosting the Singapore Open at a later date. Unfortunately, the cancellation of the event has ended the London Olympic Games bronze medallist Saina and former world no. 1 Srikanth’s final chances to earn a berth to the Japanese capital.

“The Badminton World Federation (BWF) can confirm no further tournaments will be played inside the Tokyo 2020 Olympic Games qualifying window,” the global governing body of the sport revealed in an official statement on Friday.

“As such, while the qualification period officially closes 15 June 2021 as per the Revised Tokyo 2020 Qualification System, the current Race To Tokyo rankings list will not change,” the statement from BWF added.

However, BWF secretary general Thomas Lund has revealed that the apex body is considering the reallocation of the event, but are waiting on confirmation from the National Olympic Committees as well as Member Associations.

As per the qualification rules, a total of 16 shuttlers and a maximum of two players each in men’s and women’s singles from each country will be granted direct entires to the Olympics on 15th June.