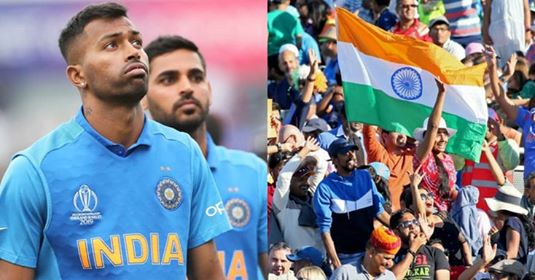 India went down against New Zealand in a rain-affected game at Manchester, on Wednesday. However, it is Friday today and the team is still in England. All the players, along with their families and the team management are yet to get air-tickets. Hence, they will have to wait until the World Cup ends before they can come back to India. The players will be coming back in batches as and when they get tickets.

“Most of the boys will be in Manchester till July 14 and leave from there. Tickets are being booked after the campaign came to an end yesterday,” IANS reported while quoting the sources.

With the hope that India will be playing the finals, many Indian fans have already bought their tickets to the finals. However, a shocking exit in the semi-finals meant, ICC was looking at resale of tickets.

However, according to the ICC’s ticketing website, the traffic for resale of tickets has been quite low. This means that the Indian fans who have travelled to England from various locations will go to Lord’s for the finals, expecting some great action.

While talking to the PTI, an ICC spokesperson said, “The resale platform – has been busy with lots of people looking for tickets but very few selling.” However, he did add that they had a platform where people could sell their tickets.