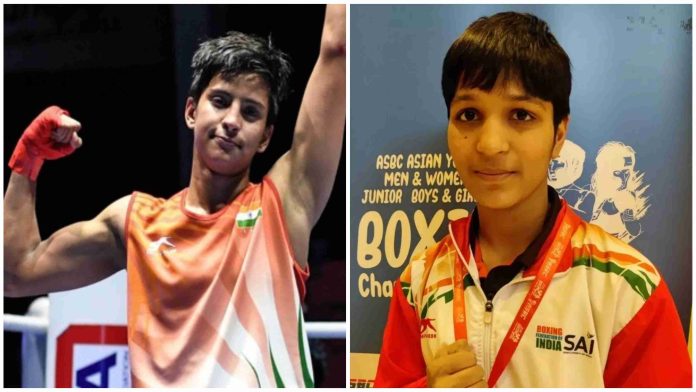 India will see two of its female pugilists Nivedita Karki (48kg) and Tamanna (50kg) competing in the women’s finals of the 2022 ASBC Asian Youth and Junior Boxing Championships which is currently taking place in Amman, Jordan after winning their respective semifinal bouts on Wednesday. Meanwhile, Renu lost her 52 kg semifinal clash, clinching a bronze medal.

Nivedita and Tamanna, both who clinched silver in the last edition of the Asian Youth and Junior Boxing Championships, have already assured India two silvers in this edition as well, courtesy of their stellar performance in the semis.

In the 48 kg semifinal bout, Nivedita earned a hard fought 4-1 victory over Runrarit Graisee of Thailand. On the other hand, it was a walk in the park for Tamanna, as she outright demonished her Kazakh opponent Anita Adisheva to a 5-0 victory in the 50 kg bout.

However, it was a tough day at the job for Ranu, suffering a loss in the youth semifinal once again. She was defeated 0-5 by Munavvar Fozilova of Uzbekistan and settled for bronze.

In total, the women boxers from the country have secured a medal in each of the twelve youth weight classes, while their male counterparts managed half as many medals, totalling their youth medal tally to 18.

Krisha Verma was the only junior who settled with a bronze after losing her 70 kg semifinal match. The junior contingent has secured twelve and nine medals in the girls and boys sections respectively, totalling 21 medals.