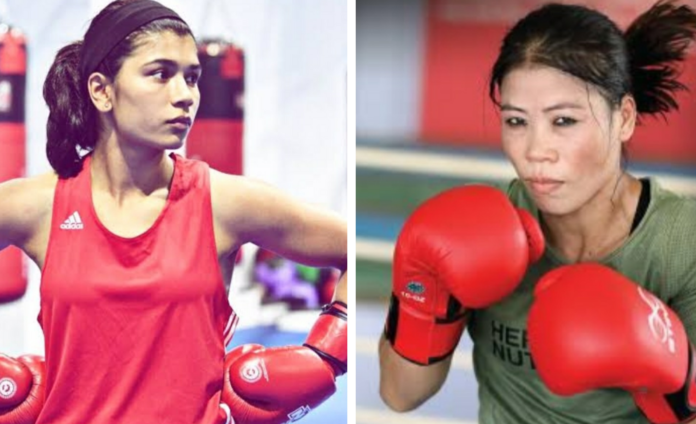 Nikhat Zareen was to face bronze medalist, Mary Kom in a private league organised by the Boxing Federation of India (BFI) on Tuesday, but since the match did not take place, Nikhat is now worried about her place in the upcoming Tokyo Olympics Quantifies that is to held in New Delhi on December 27th. She does not trust BFI and is doubtful whether she will be allowed to take part in the Tokyo Selection Trials. 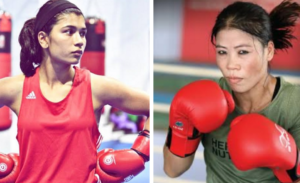 Nikhat was hoping to take take part in the private league, give strong competition to Mary Kom and show off her skills to the public as well as the presenters. She claimed that she took part in the private league because the match was going to be televised. This way she could announce to the world, that there is yet another boxing champion that the nation should look forward to other than Mary Kom, but it turned out luck was not at her side, when Mary withdrew from the match because she suffered a back injury and needed rest.

Disappointed Nikhat doubted BFI’s intention and decided to approach to the media and ask for a televised trial between her and Mary Kom. She further added that she is unable to trust, anyone, at this crucial time in her career, not even BFI which is why she is bent on having a televised trial for the public to judge on their own and keep BFI’s dirty politics at bay.

“At the trials there will no live TV and camera. The bouts will be video-graphed, but again it will be done by the BFI. So, there’s a doubt over the fairness of the trials. As a boxer who is going through all this (unfair treatment), I can’t easily trust anyone. I am a bit about the decision. I demand it to be televised and live-streamed.”

Nikhat Zareen is gunning for the fourth contender place in the 51kg category. The Tokyo Selection Trials are conducted privately and will be video graphed by BFI. Nikhat’s demand caused quite an uproar in the sports world, what is left to be seen is whether the higher authorities will agree to her demands.