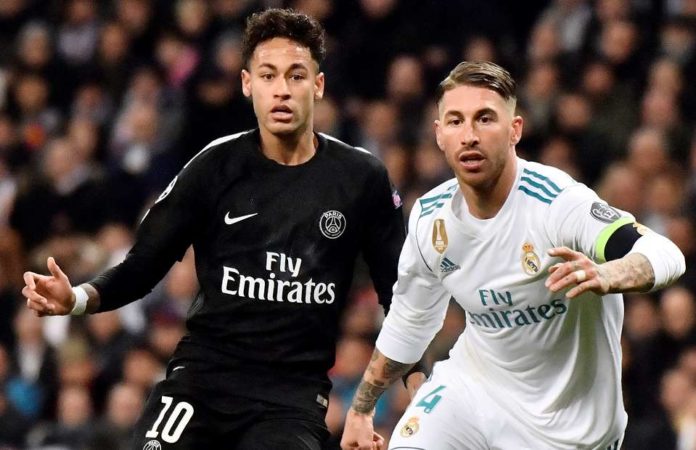 The Neymar saga is taking new twists and turns every now and then as the transfer window draws on. At his RedBull 5 a side event, Neymar admitted some interesting things which weren’t related to where he will play next season but are riveting all the same. “The best I’ve played against is Sergio Ramos,” Neymar said at his Red Bull event.

“He’s an excellent centre-back and what’s even better is that he can score goals too.”

Neymar also had some positive words for his counterpart at Madrid – Vinicius Jr.

“He’s a very young player and with the passage of time he can become an incredible player,” Neymar continued.

“He’ll become one of the best and compete for the Ballon d’Or. He’ll get to where he wants.

“He’s a great guy, very kind. I hope he goes far because he deserves it.”