The family of Brazilian sensation Neymar is well documented ever since he shipped off from Brazil to ply his trades in Europe. The eyeballs have once again turned over to the PSG star’s family after his mother is now dating a 22-year-old gamer after splitting with her husband.

Nadine Goncalves, 52, recently split with her husband and it did not take long for her to find new pastures. Although, the pasture found may have been too fresh with her partner being just 22 years old.

This could mean that Neymar’s potential stepdad could be six years younger than him if all goes well in the future. The 22-year-old gamer revealed to be Tiago Ramos is part of a Brazilian gaming team 4K Easy.

Nadine split with her husband after 25 years of marriage and seems to have received the blessing of the family after her new venture. Nadine’s ex-husband and Neymar posted positive comments after she made her relationship official with Ramos on Instagram. 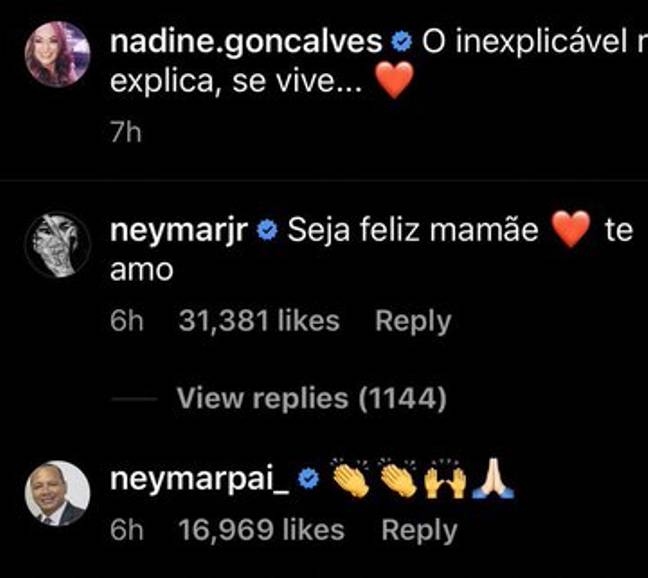 Ramos happens to be a fan of Neymar and supports Real Madrid, which does not bode well for the 28-year-old who is eyeing a move to his former club and Real Madrid’s bitter rivals FC Barcelona. Here’s what the gamer had to say about Neymar back in 2017:

Neymar you are fantastic, I don’t know how to explain the emotion of being a fan of a guy like you, I see you playing and I’m very motivated, one day I hope to read this message with you, be your brother, and play together.

Ramos’ dream came true in a sense but through a route no one expected.