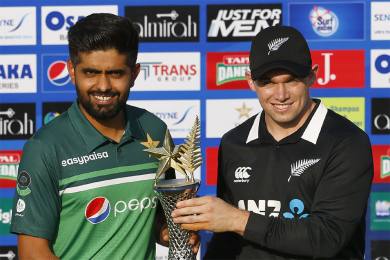 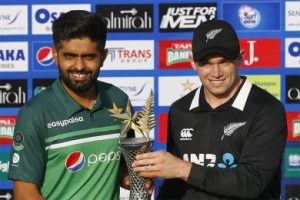 However, none of the New Zealand players arrived at the stadium. Initially it was reported that there are some covid cases in the New Zealand camp. Hence, players were skeptical about entering the field.

New Zealand Cricket later confirmed that the tour was called off due to a security threat. Following an escalation in the New Zealand Government threat levels for Pakistan, and advice from NZC security advisors on the ground, it was decided that BLACKCAPS will not continue with the tour.

NZC chief executive David White said it was simply not possible to continue with the tour given the advice he was receiving.

The @BLACKCAPS Tour of Pakistan is off. pic.twitter.com/sDYGXh9b99

Pakistan Cricket Board (PCB) released a statement stating that the series has been postponed and the decision has been taken unilaterally.

The PCB stated that the board and the Pakistan government made foolproof security arrangements for all visiting teams and assured the Black Caps of the same.

“The Pakistan Prime Minister spoke personally to the Prime Minister of New Zealand and informed her that we have one of the best intelligence systems in the world and that no security threat of any kind exists for the visiting team,” the statement added.

“The security officials with the New Zealand team have been satisfied with security arrangements made by the Pakistan government throughout their stay here,” the PCB added.

Earlier today, the New Zealand cricket board informed us that they had been alerted to some security alert and have unilaterally decided to postpone the series.

PCB and Govt of Pakistan made fool proof security arrangements for all visiting teams. 1/4

This was New Zealand’s first tour to Pakistan in almost 18 years. However, it came to an abrupt end. England are also scheduled to travel to Pakistan for a T20I series just before the World T20. It will be interesting to see whether the tour will go ahead as planned after this incident.