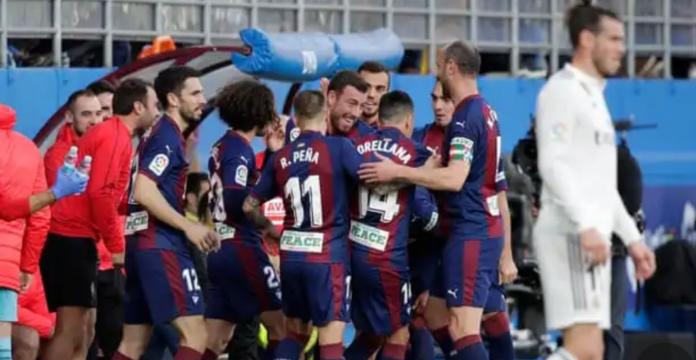 Real Madrid were stunned by Eibar in La Liga on Saturday. It was the first defeat of the Los Blancos under the management of Santiago Solari. After this defeat Real Madrid stayed at the sixth position in the League Table with 20 points in 13 matches so far while Eibar climbed up to the eighth position with 18 points. 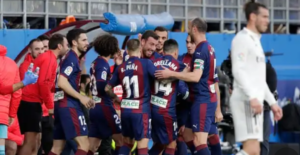 Gonzalo Escalante scored the first goal of the match at the 16th minute. Marc Cucurella and Juan Jordan were shown yellow cards in the first half; Gareth Bale was also cautioned. The first half ended with a scoreline of 1-0 in favour of Eibar. At the 52nd minute of the match, Sergi Enrich scored the second goal for Eibar and it was assisted by Marc Cucurella. Kike scored the third goal for the home side at the 57th minute of the match and the ball was provided by Sergi Enrich.

Daniel Carvajal had to be taken off as he picked up an injury at the 54th minute of the match. Vinicius Jr and Isco were brought in the field in place of Marco Asensio and Luka Modric. However these substitutions could not change the course of the match in the favour of Real Madrid. It was a bad day in the office for the Los Blancos. The team will hope to make a good comeback against AS Roma in the Champions League.