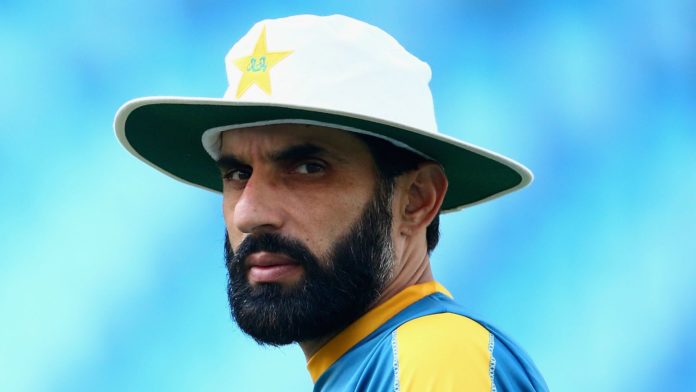 Pakistan head coach and former batsman Misbah-ul-Haq, has decided to ban biryani and other oil-based red meat dishes for his team to help his players get back into shape. The decision was imposed after the team was declared as one of the most ‘unfit’ sides in the world and the social media didn’t hold back to troll on this issue including their plus sized captain Sarfaraz Ahmed.

During the 2019 World Cup many people raised questions regarding the Pakistani team’s diet and fitness including their former pacer Shoaib Akhtar, who even called skipper Sarfaraz Ahmed as a ‘fat and unfit’ player after the loss against West Indies in the tournament opener. To make the matter even worse, there were some rumours that the team was seen eating junk food ahead of their match against arch-rivals India. Following their loss in that match, one crying fan complained that the Pakistani cricket board wasn’t aware of the fitness issues in the team. Therefore, Misbah’s decision to ban fat from the diet chart can prove to be a crucial step to reorganize the team under his guidance.

Misbah-ul-Haq has banned biryani, red meat & dessert  from the diet of players who are taking part in Pakistan's national camp.

If this were the case Inzy and Sarfraz would have NEVER made to Pakistan team .

However, the Pakistani people’s love for biryani is a widely known fact and it seems that the cricketers will now have to adjust a life without this delicious item on their menu. But for the netizens, this incident was another opportunity to take a dig at the players on social media.