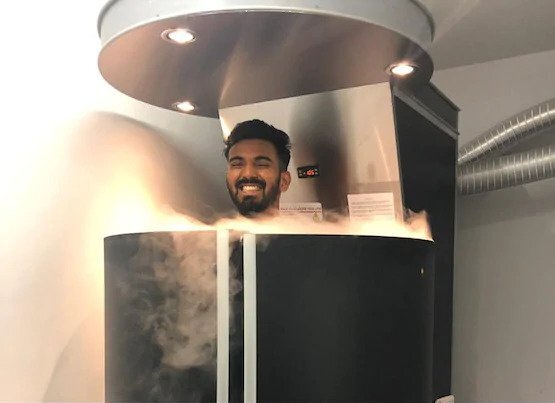 Karnataka batsman KL Rahul is going through a tough time both on and off the pitch. The player failed to perform during India’s tour of West Indies, and wasn’t picked in the team during the T20I series against South Africa. And despite all this Rahul posted a picture on social media while undergoing Cryogenic Therapy captioning it, “Chilling (literally),” The joke however, didn’t go well among the fans and the batsman was trolled by many on Twitter.

Indian is doing performance or not !!! We getting heavy performance from this guy not on field

KL Rahul’s last big innings came against Sri Lanka in the World Cup 2019, but after the tournament, his form has plummeted drastically. The 27-year-old didn’t get a berth in India’s Test squad for the home series against South Africa, which starts from October 2. The right hander has played 36 Tests, 23 ODIs and 28 T20Is with 3,609 international runs to his name.

India meanwhile, will play next against South Africa at home in a three match Test series. The opening test will be played in Visakhapatnam while the other two matches are scheduled to take place in Pune and Ranchi respectively.