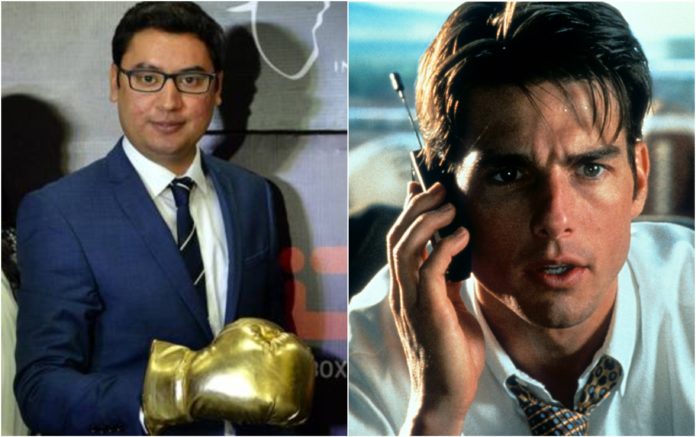 IOS Sports and Entertainment will complete fifteen-years in the sports management sector under the CEO Neerav Tomar this week.

Over the years, the company has managed to get it’s clients exclusive sponsorship deals with behemoth brands like Nike, Adidas, Puma, Reliance, Tata, Nestle, Pepsi etc. The Sports Firm is also the official marketing agency for the Indian Olympic Association (IOA) since 2016.

Sports India Show had the opportunity to chat with the CEO of IOS Sports, Mr Neerav Tomar, where he told us about the plan that the company is looking forward to over the next decade.

1.) How did IOS sport get started – and why? What was the motivation?

IOS Sports started in 2005 and I was a sports person myself and I was playing Squash at a top-level…at national and international level and then it was because of the passion and love for the sport and being a part of the industry, So we started IOS with an angel investor in 2005.

2.) When we talk about sports management, how important is it for athletes to have a management company like IOS sports behind them?

It is very important and if you’re a top-level athlete and doing well, then you need a team behind you to support you in your commercial activities and brand building and your media profile. So these are the areas where we can support you….be it PR media space, sponsors, brand building plus all the legalities and administration is also handled. That way you can focus on your sport and you can be relaxed as all the other things are handled by the management company.

3.) In countries like the US and UK, the sports management industry is quite large, the management companies negotiate hundreds of millions of dollars worth of contract on behalf of the athletes. Do you feel the industry is as matured in India?

“No No, I feel we are still an emerging market.  The US and European market is a developed market and sports industry as a whole is a developed space out there. India is still emerging and a few years ago at its infancy. There weren’t even any leagues which were happening. If you see America and Europe, the league culture had started in the 80s itself. Our first league and of course the biggest league, IPL, which started off only in 2008. 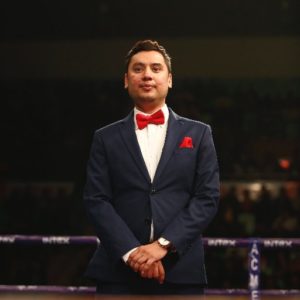 “We are still a new market and I think it is only going to grow and there is enough opportunity for sports managers and sports agencies and companies and also in the space to come up. We have been fortunate that we started off quite early and had a little bit of head start in terms of the other companies. So we have been able to sustain and grow at the same time, but I think the next ten years are going to be significant growth story of Indian sport and we would like to be a part of it.”

4.) Most recently, Patrick Mahomes of the NFL’s Kansas City chiefs signed a 10-year, $503 Million deal, will we see Indian athletes signing contracts that are even worth in the low eight figures in a decade or so?

“Yeah, of course, it can happen and that’s why we are in this space. You have to be an athlete playing a global sport and I don’t see somebody signing a $100 Million or 750 Crore contract by playing a sport that is restricted to 10 to 15 countries and not a global sport and especially if the sport is not played in the US or most of the European countries, then you cannot be asking for or expecting this kind of figures.

But if you’re an Indian athlete who can compete at a global level in sports which are global in nature, say Pro boxing, Basketball, Football, Tennis or Golf. These are the kind of sport where the Indians have to perform at a global level and then there are big opportunities if Indians can perform well at Olympic level sports like track and field etc,” he said.

Neerav then emphasised on the fact that even the top Indian cricketers aren’t paid guaranteed contracts anywhere close to what the big leagues around the world offer. He then stated that he took Vijender on a route that could make him a global star.

“If you look at our top-level cricketers, they are paid 18-odd crores for IPL and then 7 crores for international cricket, even if you add them it comes around $3 Million to $4 Million. Brand endorsement is another story, as someone like Virat Kohli is making 60-odd crores from brand endorsements in a year. So where is $4 Million playing contract in cricket and where is boxer Canelo Alvarez’s five-year, $365 Million deal with DAZN,” 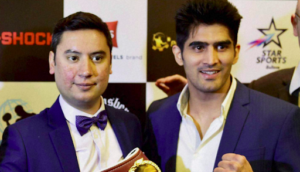 “So that’s the direction we took for Vijender and we need to take an Indian to the global platform and that’s where we are dealing with the best company in the world it’s called Top Rank of Bob Arum and dream of Vijender and our team is to get a fight with Canelo and that could be a very big showcase for Indian Athlete and that’s something they can aspire to be,” Neerav Tomar said.

5.) When sports management is concerned, many people immediately have the picture of Jerry Maguire on their minds, have you ever been referred to the Jerry Maguire of India?

“Everybody was inspired after watching that movie and I think it was an iconic movie and I don’t know if I am the Jerry Maguire of India or not, but I can say that we have been a part of the whole journey of fifteen years for Indian athletes and IOS, today is one of the top talent agency in more than 20 sports stars and we work with almost everybody, so yeah there could be some Jerry Maguire stories.”

6.) What are your future plans for professional boxing in India?

“We have our own Arena in NCR and it’s called as the Fight Club and we are doing our own fights in our own arena and our last fight was three to four months back. We intend to do couple of fights every month when the government allows. We have created our own arena and we have our fight card system in place and we intend to promote professors boxers here in India and having our network in US and UK, we have the platform to give them contracts internationally as well.

We have our created an ecosystem in professional boxing and that ecosystem will sustain and will grow and our target is to make a new world champion from India in the next three to five years and have multiple Indian boxing stars globally and that’s what our vision over the next five years is.”

7.) When can we expect Vijender Singh to return to the ring?

“We are hoping for his return as soon as September or October in the US. Top Rank is currently doing its events at MGM Grand behind closed doors and we are in contact with them and we should have some news on Vijender Singh’s potential return very soon.”

8.) You started a new brand called Influrate, kindly elaborate on it.

“Influrate is basically an amalgamation of two words – Influence+accelerate. So that is our digital influencer wing where we have sports stars like Vijender, Mary Kom, Hima Das and likewise we have some working tie-ups to promote brands and do strategic positioning of products and brand through their social media.

It was launched during Lockdown-1 because it was the need of the hour for us to also have the revenue stream. But I think the digital influencer wing is very important and it’s doing very well for us.”

9.) While your company manages the corporate and legal aspects of the athletes, do you also counsel them on training?

“Yeah, we handle every aspect of Vijender’s training, but as far as other athletes who are in the Olympic set-up are concerned, the federation have a lot of say, since they already have an existing system. But if they come to us, we give them advice on where the best facilities are or where the best coaches are and that could include even biometrics to mind training, which we have done in the past with few athletes.” Neerav Tomar concluded.