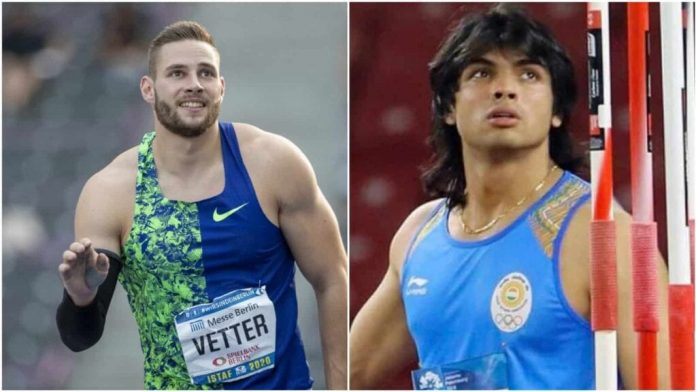 Neeraj Chopra is the Indian Javelin superstar but he has to do better if he wishes to win against Johannes Vetter.  The 28-year-old javelin superstar Johannes has been winning all the medals left and right in the javelin category and is friends with Neeraj when they are not competing against each other. 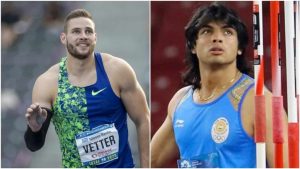 “Neeraj is a really friendly person. I am always interested in our cultures, our nations, how the sport is going on in different countries and so on. We had some good discussions and we talked a lot.”

The two met when they were both in Germany training under coach Werner Daniels. They became friends when they shared a car from Helsinki to Kuortane.

But when asked about what he thinks about Neeraj’s performance and whether he thinks he can win against him, Johannes said, “He (Chopra) threw good throws twice this year. Above 86m in Finland. If he is healthy and if he is in the right shape, especially in his technique, he can throw far. But he has to fight with me. I am looking to throw over 90m in Tokyo, so it will be tough for him to beat me.”

Neeraj’s best record so far has been 88.07m and Johannes is known for throwing beyond 90m. In fact, he has done so a total of 18 times last year. Johannes was close to breaking the world record of Jan Zelezny’s 98.48 but he missed out by 72cm.

At the Tokyo Olympics, the athlete will not be trying to break the world record instead he will be focusing on winning first place at the showpiece event.

“Not really (world record). The javelin throw is difficult, the technique is very tough. Everything has to come together. The wind condition will have to be perfect, the surface will have to be perfect and the technique. You have to think over all angles, speed, etc. I know I am actually in very good shape, but I don’t want to put that much pressure on myself. I just want to enjoy such a high-level competition. I just want to see how far it will go and just relax. My priority this year is Olympic Games, not the record. But you never know.”