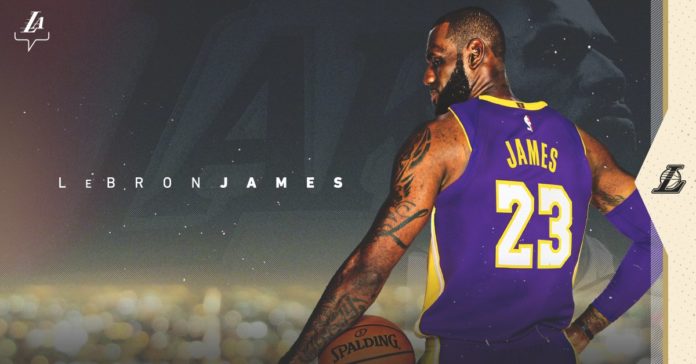 When it was announced that LeBron James has signed a 4 year $154 Million contract with the Lakers, it was a move which surprised everyone considering Lakers really don’t have the line up to compete against the Golden State Warriors in the playoffs. LeBron’s rivalry with the Warriors will go from a”Twice-a-year then meet-in- the-finals situation, to a four-times-a-year, battling-for-Western-Conference-and-California-supremacy” kind of relationship.

LeBron James joining the Lakers could mean the end of Lonzo Ball’s time in Los Angeles. Though he’s a talented player, James has made it clear he has no respect for LaVar Ball, Lonzo’s father. LaVar Ball has taken on the King James, criticizing the way James has brought up his children and recently mocking James’ deal with Nike, saying that his three sons would become billionaires before James did. 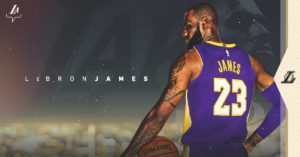 With LeBron James going with Lakers, it has given them a new hope, even if the Lakers cast is raw, King James is so great that he has the capability to take the Lakers to the playoffs all by himself.

Even if the Lakers have signed LeBron James, it doesn’t mean that Lakers are back at the top because as much as great LeBron is, he still has to win championships for them and James will have a difficult time getting to the conference finals now, because he would have to get past going through Golden State or Houston Rockets.

The Lakers have won 16 NBA championships but have missed the playoffs for a franchise-record five straight seasons. James moving to the Western Conference almost certainly will change that. For the past five years, it didn’t seem that Los Angeles was irresistible anymore as star after star declined opportunities to join the Lakers. James eliminated the perception that L.A. has lost its desirability by signing this massive contract.

However, Kings too needs support and to help Lakers get into the playoffs and possibly beat Warriors, lakers need to sign Kwahi Leonard and also LeBron must have signed with the Lakers because there was a big possibility that Kwahi might be joining them too. Leonard will be an unrestricted free agent after next season and has already stated that he will not play for any team outside of L.A.

After LeBron, only players to have joined Lakers thus far are Rajon Rondo, Lance Stephenson, and JaVale McGee.

It’s no secret that Stephenson and Rondo have hated LeBron for years and McGee has been blocked by LeBron on Instagram. So only time will tell how productive will LeBron’s teammate be and if that would be enough to get Lakers through the Playoffs.

In the past, LA has had their fair share of greats like Wilt Chamberlain, Shaquille O’Neal, Kareem Abdul-Jabbar and Dwight Howard. But LeBron James is altogether a different scenario because going into the 16th season of his NBA career, he is the one person who is a virtual certainty to get Lakers the championship that they have longed for since the retirement of Kobe.