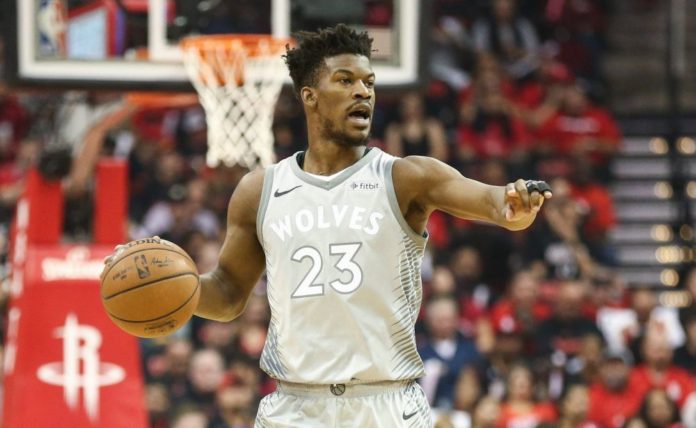 Jimmy Butler who is a four-time All-Star has informed the Minnesota Timberwolves that the Miami Heat is now his preferred trade destination according to According to Marc Stein of The New York Times.

An executive with another Eastern Conference team said he believes Miami is the leading contender for Butler but that wasn’t based on anything the Wolves have told him. And ESPN’s Adrian Wojnarowski reported that Miami “has been the most engaged team with Minnesota” on a Butler trade.

Thibodeau reportedly tried to convince Butler to stay during a meeting on Monday, according to ESPN, but the 29-year-old star remained firm on his desire for a trade.

Many other teams have also reached out to Timberwolves to discuss Butler’s trade such as the Cleveland Cavaliers and Toronto Raptors.

He has ranked in the top 10 in minutes over the past five seasons.

However, Butler joining Miami Heat could turn out to be very awkward considering in 2013 when he was with the Chicago Bulls and during an interview with Chicago Splash, he was asked about the one thing he’d never wear. His answer was a Miami Heat jersey.

At the time, it was more of a commentary about not leaving his situation with the Bulls to join LeBron James in Miami. But if he does join the Heat, that answer would not age well at all.