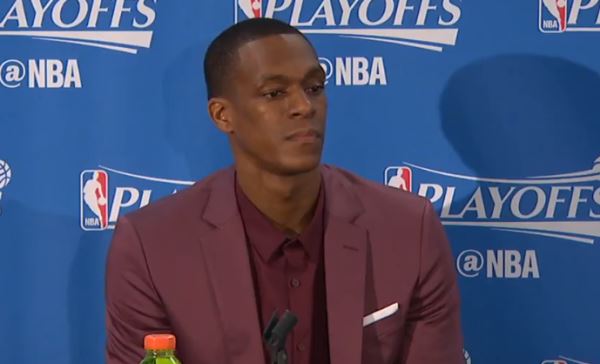 Rajon Rondo has always been a recognisable figure in the NBA, both for his exploits on the court and off of it. But he showed his helpful side before the Los Angeles Lakers’ game against the Golden State Warriors on Thursday. 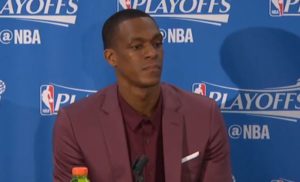 As tweeted by ESPN reporter Nick Friedell, Rondo helped some workers at the T-Mobile Arena roll beer kegs in the hallway.

Rajon Rondo remains one of the most unique personalities in the NBA. He just helped workers at T-Mobile Arena roll some beer kegs down the hallway before walking back into the Lakers locker room.

Rondo has generally been generous to the highlight reels, which has mostly been due to his amazing court vision and passing ability. Certain times, he has provided moments which simply put, hugely entertaining. Like the time he did these things.

Never forget the time Rajon Rondo faked a free throw in the final seconds of a two-point game. pic.twitter.com/HP4i1BHfwZ

Rondo is generally known for his competitive spirit and his gritty attitude, but this incident truly proved what a unique personality he is. The point guard will begin his first season with the Lakers, who will sport a changed look mainly due to the arrival of Lebron James.

The Lakers have a host of new players to go with their young talents, and it will be interesting to see how Rondo meshes with the new surroundings. The will play the Golden State Warriors again tomorrow in what will be their final preseason game. Expect the fans to get their beers on time, thanks to Rajon.

NBA: DeMar DeRozan Says He Was Kept in Dark by Masai...