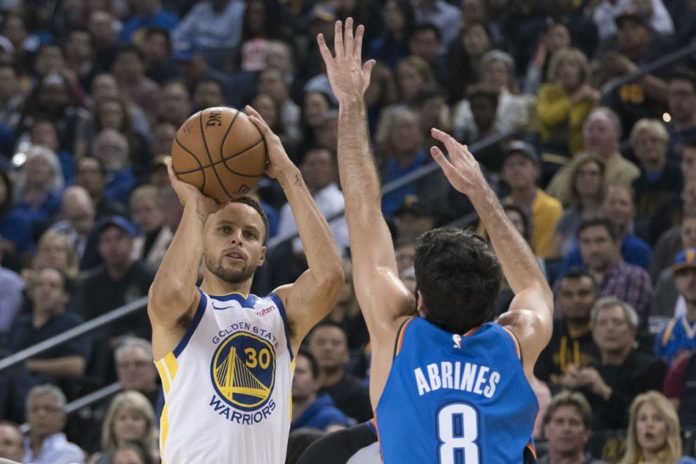 The NBA season kicked off today, and two matches were played out on an opening day. The Boston Celtics beat the Philadelphia 76ers 105-87 at the TD Garden to commence a season where much is expected of them. The second game was another heavyweight clash, as the Golden State Warriors defeated the Oklahoma City Thunder 105-87. 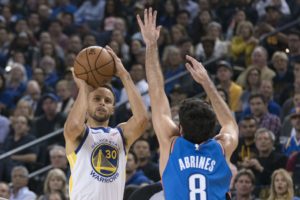 Jayson Tatum led the Celtics, and the forward recorded a game-high 23 points along with 9 rebounds. Kyrie Irving and Gordon Hayward both started slowly, and they could score just 17 points combined. But the weight of the scoring was shared by the Celtics, as the likes of Jaylen Brown, Terry Rozier, and Marcus Morris all were in double digits.

Joel Embiid had 23 points and 10 rebounds, and he dominated certain parts of the game. But he and the 76ers, in general, could not continue that throughout the game. Ben Simmons had a monster stat-line, with 19 points, 15 rebounds, and 8 assists.

In the Bay area, Stephen Curry and Kevin Durant scored 59 points combined to lead the Warriors to victory. They were without DeMarcus Cousins, but the likes of Damian Jones and Kevon Looney did commendable jobs.

The Thunder were without an injured Russell Westbrook, and Paul George took responsibility, leading the scoring with 27. Dennis Schroder had an impressive debut, and he recorded 21 points, 9 rebounds, and 6 assists.