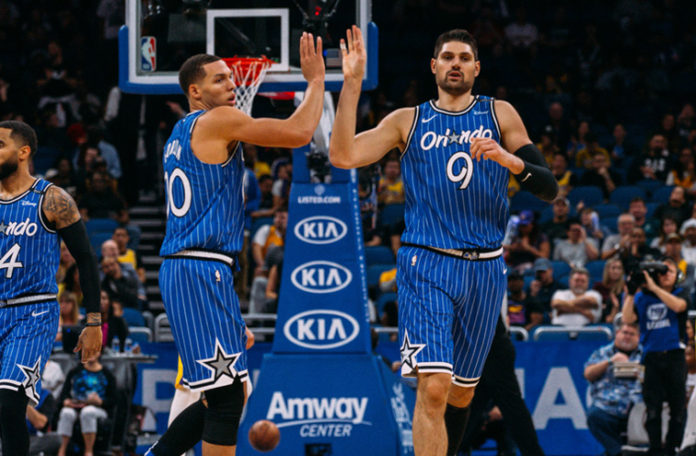 The Orlando Magic are back in the Playoffs! They defeated the Celtics 116-108 to end a drought which had spanned over 6 years. Nikola Vucevic, Even Fournier, and Terrence Ross combined for 75 points for Orlando. Meanwhile, Kyrie Irving top-scored for the Celtics with 23 points. 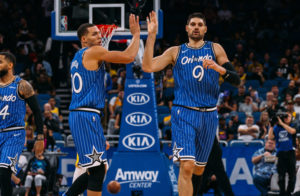 The Spurs claimed a comfortable 112-90 win over the Cavaliers courtesy of LaMarcus Aldridge. A big fourth quarter powered the Thunder to a 132-126 win over the Minnesota Timberwolves. Russell Westbrook had yet another triple-double, and Karl-Anthony Towns scored 35 points.

Kemba Walker propelled the Hornets to a 104-91 win over the Detroit Pistons as he scored 31 points. The Nets also made the playoffs courtesy of a 108-96 win over the Indiana Pacers. Meanwhile, the Mavericks defeated the Grizzlies 129-127 in an overtime game.

The Bucks won as well, beating the Hawks 115-107. The Rockets claimed a mammoth 149-113 win over the Phoenix Suns as James Harden scored 30 points. The Knicks claimed a rare win, beating the Wizards 113-110. Stephen Curry led the Warriors to a 131-104 win over the Clippers in what was their final home regular season game.

The Pelicans beat the Kings, and the Blazers won the Nuggets to move closer to them. The Lakers won as well, defeating the Jazz 113-109. That’s all the action from today, visit this space tomorrow for more of the same!